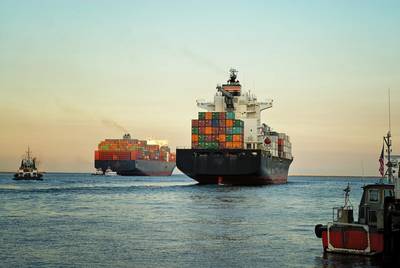 The United States has a long history of holding companies and individuals accountable for violating environmental laws and regulations, including the International Convention for the Prevention of Pollution from Ships (MARPOL). With the 40th anniversary of the passage of the Act to Prevent Pollution from Ships (APPS), which implements MARPOL, United States government agencies continue to prioritize the protection of oceans and waterways from pollution. Although the number of environmental enforcement actions initiated by the Environmental Protection Agency (EPA) between 2006 and 2018 has steadily decreased, Department of Justice (DOJ) enforcement actions, in collaboration with the United States Coast Guard (USCG), have remained steady despite the current COVID-19 pandemic. In fact, not only has DOJ taken an active interest in prosecuting United States-based companies, but DOJ has also exercised its jurisdictional powers to prosecute foreign-flagged vessels, their operators, and in some cases, third-party vessel managers for violations of environmental laws and regulations.

The United States government continues to focus on Clean Water Act and APPS violations
As DOJ and other United States government agencies continue to focus on prosecuting individuals and companies taking shortcuts that pollute oceans and waterways, vessel owners and operators should be aware of the common criminal violations that are actively being pursued by DOJ and the USCG.

Criminal liability is not limited to vessel owners
Current enforcement trends illustrate that vessel owners, operators, technical managers and individual crew members can be held liable for environmental crimes. Although a rarity, members of a company’s board of directors and officers can also be held liable for environmental crimes if the director and/or officer had knowledge of the violation, had the authority and capacity to prevent the violation based on their responsibilities and corporate positions, and failed to prevent the violation. It is also important to note that if the vessel’s owner is affiliated with a parent company, the parent company may also face criminal liability depending on the amount of control the parent company exercises in the operation of the vessel and the management of the crew members.

Robust compliance programs and proper training are key to avoiding liability
Companies are often content with implementing boilerplate compliance procedures and requiring seafarers to obtain training and proper licensure through third-party companies. As illustrated by recent DOJ enforcement actions, boilerplate compliance procedures do not necessarily shield a company, the operator of a vessel or crew members from criminal liability and massive fines. To limit risk exposure, it is imperative that companies recognize the importance of creating and implementing robust compliance programs and ensuring that all crew members receive proper training. Companies should consider the following when analyzing pre-existing compliance programs:

Looking forward
Although the COVID-19 pandemic has significantly impacted United States government investigations, the USCG has continued its inspections of vessels docking at United States ports. If a vessel and its crew members are detained, it is important to remember that (a) an attorney should be retained immediately; (b) all relevant documents and records should be preserved; (c) an internal investigation should be conducted; and (d) all crew members should be encouraged to cooperate and refrain from providing false information to the United States government. As the USCG continues to conduct inspections and potentially detain vessels and crew members in connection with suspected environmental crimes, it is imperative that companies, ship operators and ship managers proactively analyze preexisting compliance programs and ensure that crew members are adhering to all environmental laws and regulations in order to avoid costly mishaps, reputational harm and potential debarment.

Authors' note: The views expressed in this article are exclusively those of the authors and do not necessarily reflect those of Sidley Austin LLP and its partners. This article has been prepared for informational purposes only and does not constitute legal advice. This information is not intended to create, and receipt of it does not constitute, a lawyer-client relationship. Readers should not act upon this without seeking advice from professional advisers.

This article will focus on “noncomprehensive sanctions,” which target “Specially Designated Nationals” (SDNs), but otherwise…