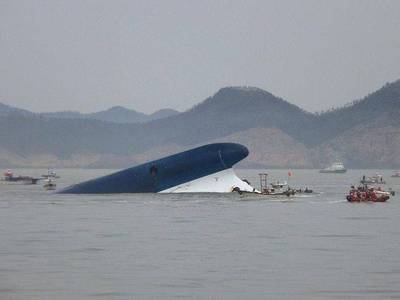 U.S. Supreme Court Justice Sonia Sotomayor on Thursday rejected a bid by a businessman to block his extradition to South Korea to face embezzlement charges that stemmed from a 2014 ferry sinking that killed 304 people.

Sotomayor rejected Yoo Hyuk-Kee’s request to prevent his extradition from going forward while he appeals lower-court rulings rejecting his effort to avoid being sent to South Korea to face trial on the seven embezzlement charges against him.

Sotomayor is the justice assigned to review emergency appeals from a group of states that include New York, where Yoo’s extradition case had been pending. His lawyer, Shawn Naunton, had no immediate comment.

Yoo, who is also known as Keith Yoo, had been a fugitive for six years before his July 2020 arrest at his home in Pound Ridge, New York, a New York City suburb, where the U.S. permanent resident lived with his wife and children.

Yoo is a son of Yoo Byung-un, a businessman who founded the Evangelical Baptist Church in South Korea and whose family controlled I-One-I, an investment vehicle owned by his two sons that ran the shipping company, Chonghaejin Marine.

Chonghaejin owned the Sewol ferry that capsized off the country’s southwest coast in April 2014. Investigators said the ferry was overloaded, structurally unsound and traveling too quickly.

Yoo Byung-un was found dead of unknown causes in an orchard two months following the accident after eluding authorities who were searching for him.

South Korean prosecutors have alleged that Yoo Hyuk-Kee had from 2008 to 2014 leveraged his family’s power as business and religious leaders to defraud various companies controlled by I-One-I out of 29 billion Korean won, or $23 million at the time of his arrest.

The prosecutors said the family’s diversion of money contributed to Cheonghaejin Marine’s financial deterioration, which led to the neglect of ship management and staff safety training.

Yoo’s lawyers had argued that the U.S. State Department - not judges - should decide whether South Korea waited too long to seek Yoo’s extradition under its 1998 treaty with the United States.

The New York-based 2nd U.S. Circuit Court of Appeals in August rejected that reading of the treaty. After the 2nd Circuit last month declined to reconsider, Yoo’s lawyers asked the Supreme Court to block his extradition from taking place while he mounted a further appeal.

“This harm would be irreversible and catastrophic; i.e., any relief granted to Mr. Yoo by the Supreme Court would be moot,” they wrote in a filing on Wednesday.

(Reuters - Reporting by Nate Raymond in Boston; Editing by Will Dunham)