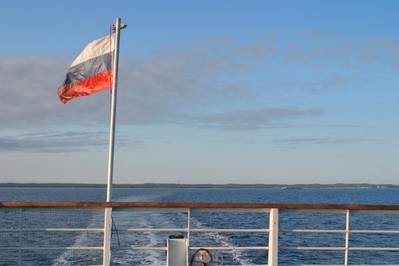 The Biden administration is considering following Canada in barring Russian ships from U.S. ports, a government official said on Wednesday.

A White House spokeswoman said no decision has been made.

On Tuesday, Canada shut its ports to Russian-owned ships and barred them from Canadian waters.

Russian-flagged ships represent a very small percentage of U.S. traffic, but barring Russian cargo from the United States would have a dramatically larger impact, the source said. It was not clear if the administration is seriously considering that more drastic step.

U.S. Transportation Secretary Pete Buttigieg said earlier Wednesday that the Biden administration could take further action against Russia after the administration announced it would bar Russian airlines from U.S. airspace.

"There may be other steps that would be appropriate that are within our authorities," Buttigieg told a U.S. Senate panel. "There are a number of things with regard to infrastructure and certainly with regard to travel that we need to look at as a way to make good on our commitment to support the Ukrainian people."

Asked by Reuters after the hearing if the United States could follow Canada's action, Buttigieg said: "There are lots of things on the table. I can't share anything right now by way of news on that."
Buttigieg disclosed he had a conversation on Tuesday with the Ukrainian minister of infrastructure and Ukraine's ambassador to Washington.

Buttigieg said the United States is not just talking to Ukraine, but also to Canada and other countries "to make sure there is a consistent flow of information about what different countries are considering. Obviously, these measures have different impacts."

Buttigieg said Ukrainian officials had asked the United States to impose the ban. President Joe Biden announced the ban during his State of the Union address Tuesday night.