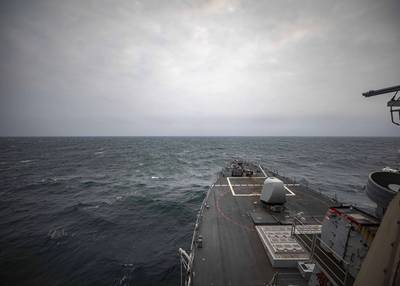 “The ship’s transit through the Taiwan Strait demonstrates the U.S. commitment to a free and open Indo-Pacific. The United States military will continue to fly, sail, and operate anywhere international law allows,” the U.S. Navy said in a statement.