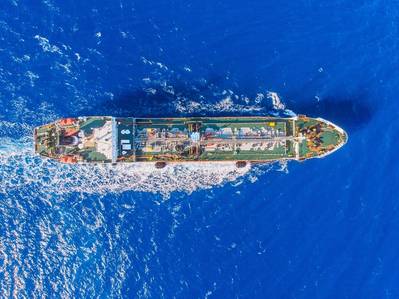 Venezuela has changed the formulas for calculating royalties energy companies pay the government to remove references to fuel oil and some crude grades, driven by stricter rules governing marine fuel emissions, according to a document seen by Reuters.

A ban by the United Nations shipping agency, the International Maritime Organization (IMO), on the use of fuels with a sulfur content above 0.5%, aimed at reducing pollution, has roiled oil markets and caused price volatility for high-sulfur products like fuel oil.

The new rule has also affected prices for heavy crudes including the ones produced by most Latin American countries, especially Venezuela.

"These requirements represent a structural change that will affect the international trade of liquid hydrocarbons," Venezuela's oil ministry said in a resolution listed in the country's official gazette dated Dec. 19, seen by Reuters on Thursday. The gazette has not been released publicly.

Producers of heavy crude grades have long indexed the prices of their grades to different types of high-sulfur fuel.

In a similar move last year, Mexico's state oil company Petróleos Mexicanos, or Pemex, simplified the price formulas both for export supply contracts and for hedging its oil revenues by removing references to high-sulfur fuel.

As there is no obvious replacement for high-sulfur fuel prices in formulas for heavy crude grades, both Mexico and Venezuela simplified their formulas to include fewer variables.

Venezuela's resolution also introduced separate formulas for the royalties state oil company Petroleos de Venezuela , or PDVSA, and its joint ventures with private companies pay to the state depending on the destination market. Previously, a formula for each crude grade determined the royalty regardless of destination.

That shift comes as PDVSA is sending most of its oil exports to Chinese and Indian customers, heavy buyers of Middle Eastern crudes, as a result of U.S. sanctions on PDVSA last year that effectively banned shipments to the United States.

(Reporting by Luc Cohen and Mayela Armas, and by Marianna Parraga; Editing by Richard Chang)