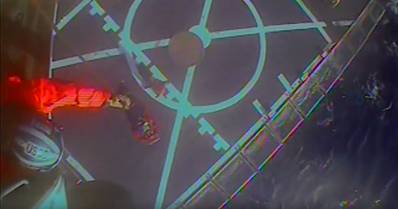 An ailing U.S. Coast Guard crew member aboard the Cutter John Midgett has been airlifted and transported to emergency medical service personnel in Kodiak, Alaska, the Coast Guard said.

At 10 a.m. on Saturday, District 17 Command Center watchstanders received a call from the 378-foot high endurance cutter requesting a medevac for the 40-year-old male who was reportedly experiencing symptoms of a stroke. The ship was approximately 150 nautical miles southeast of Kodiak when the medevac request came in.

At 12:54 p.m., an MH-60 Jayhawk helicopter aircrew arrived on scene, conducted a litter hoist and transported the crewmember to shore, where he was then taken to Providence Kodiak Island Medical Center.