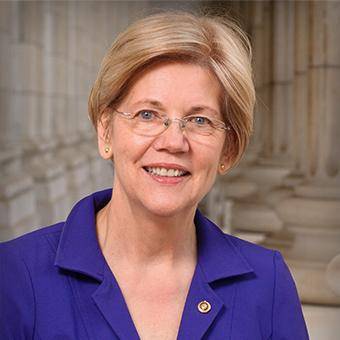 U.S. presidential candidate Elizabeth Warren said she would ban all fossil fuel extraction on federal land and in coastal waters, setting herself apart from a crowded field of Democratic hopefuls who have made climate change a central campaign issue but have yet to outline specific policies. Warren said in a post on Medium that she would sign an executive order on her first day in office for a "total moratorium on all new fossil fuel leases including for drilling offshore and on public lands." "We must not allow corporations to pillage our public lands and leave taxpayers to clean up the mess," she wrote.

Warren's stance on public lands contrasts starkly with that of President Donald Trump, whose Interior Department has sped up permitting for drilling and mining on public lands as a part of the administration's "energy dominance" agenda.

The United States approved nearly 40 percent more oil and gas drilling permits on public lands in 2018 compared to previous years, and has moved to roll back environmental regulations to speed up more approvals.

The Interior Department is also expected in the coming weeks to announce a new five year plan for drilling on the Outercontinental Shelf that would open up vasts swaths of U.S. coastline to oil and gas exploration.

Warren said that any "serious effort" to combat climate change needs to include public lands since fossil fuel extraction from these areas account for a quarter of U.S. greenhouse gas emissions.

Several Democratic candidates, Senators Bernie Sanders, Kamala Harris and others have announced support for a proposed Green New Deal - a loosely-woven climate action policy to address concerns about jobs and wages as part of a radical shift away from fossil fuels and the building of a new low-carbon economy.

But only Warren so far has announced how public lands will play a role in drastically cutting global carbon dioxide emissions, which have climbed to an all-time high.

As part of her plan she said she would reinstate regulations targeting methane emissions from oil and gas projects, as well as create a 21st Century Civilian Conservation Corps, a one-year fellowship program for young people who want to work in conservation.
Warren also said she would expand renewable energy projects on federal lands.

"A decade ago, there were zero major solar power projects on public lands. Today, the Bureau of Land Management has approved 11,000 megawatts of renewable wind, solar, and geothermal projects ," she said. "But to make a real dent in the problem, we’re going to need a whole lot more."