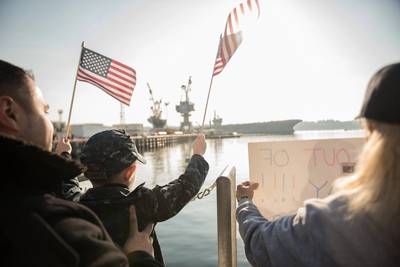 Washington-based ships assigned to Nimitz Carrier Strike Group (CSG) 11 returned Dec. 10, just in time for the upcoming holidays following a six-month deployment to the Indo-Asia-Pacific region and the Arabian Gulf.