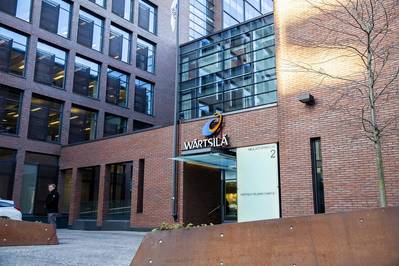 Finnish engineering group Wärtsilä forecast a surge in demand for its products in the final three months of the year, sending its shares sharply higher, as its CEO said prospects were strongest for its marine business.

The ship technology and power-plant maker struggled with slumping orders, especially from the marine sector, in 2020 after curbs linked to COVID-19 restrictions caused Royal Caribbean, Carnival and other cruise lines to suspend their activities.

Though market conditions started to improve as restrictions were eased, postponements in power plant investments meant Wärtsilä faced continued headwinds during the first half of 2021.

"While market conditions remain uncertain, we expect the demand environment for our offering in the fourth quarter to be considerably better than that of the corresponding period in the previous year," Chief Executive Hakan Agnevall said in a statement.

He later described customers in the cruise segment as "cautiously optimistic". "They continue to ramp up," he told Reuters.

On the energy side, the recovery would take longer.

"Many of our core markets are in the emerging countries which have been severely hit by COVID-19 and vaccination programs take a longer time. That affects both the decision-making process and also execution," Agnevall said.

Orders rose 21%, driven largely by a rebound in the shipping segment.

"The margin in energy was surprisingly good and the company also painted quite a shiny picture of the fourth quarter demand outlook", Inderes analyst Erkki Vesola said.