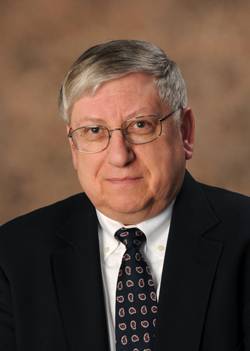 “I think it important to remind everyone that the place is ice-covered – fully or partially – eight to 10 months out of the year through the century and beyond," Said Lawson W. Brigham, PhD, Distinguished Professor, Geography and Arctic Policy, University of Alaska – Fairbanks.

The debate regarding working in and around the Arctic is multi-tiered, with environmental, technical and emergency response heading the list. There is no debate regarding the fuel, money and emissions to be saved by shortening select global shipping routes.
In a report from Bloomberg news posted June 13 on http://www.businessweek.com, it was said there will be a rise in dry bulk cargos hauled through Arctic waters this season, a journey that can halve shipping time compared to some Suez Canal shipments, and simultaneously reduce fuel consumption, costs and emissions.
The report Nordic Bulk Carriers A/S plans to transport about six to eight 70,000 metric-ton shipments of iron ore to China from the Russian port of Murmansk starting in July. According to the Bloomberg report, which cited a Nordic Bulk executive, this route will shave 1,000 tons of fuel, and an estimated $650k, from the journey.
According to the company, Nordic Bulk made the first Arctic voyage with a commercial mineral cargo in 2010 and another last year, according to its website.

The New Shipping Route?
Sending ships through the Arctic in order to reduce time at sea, fuel consumption and emissions is certainly appealing on its face value, but it too is fraught with questions and logistical implications, as a lack of maritime infrastructure, a dearth of navigation charts, and the paucity of emergency response all conspire to make the route a risky one today. Not to mention the effects of increased shipping and human activity on one of the more fragile ecosystems, which is home to a number of rare species and pristine environs.
While recently covering the Maritime Spectrum 2012, Maritime Reporter’s Joseph Fonseca reported that the prospect of traversing the Arctic with commercial ships is a hot topic in all circles.
At Maritime Spectrum 2012, Fonseca reports that Captain Binod Dubey, Claims Executive of SKULD, Hong Kong and author of ‘Ice Navigation Managing Cold Climate Risks’ gave a detailed account on “Arctic route – Commercial visibility and challenges” which he described as the new trade link between Europe and Asia.
“Taking the Northern Sea Route (NSR) can reduce the voyage time for ships from the estimated 40 days to just 22.5 days fetching a time saving of 17.5 days @ 28.2 MT of fuel,” said Capt. Dubey. “Going by today’s fuel cost this amounts to a saving of $300,000.  If the tonnage is larger the cost works out much less. Environmentally this NSR turns out to be more beneficial as there is less NOx emitted which is around 50 tons, CO2 is down by 1557 tons and Sox by 35 tons.”
However there are challenges, especially the harsh natural conditions resulting in ice damage, ice accretion and waiting for the ice free window period. Operationally the investment needed when it comes to building adequate ice-classified cargo vessel could pose a heavy burden.  For example a VLCC having ice notation IA will have 16% extra steel weight compared to one without ice strengthening.  An equally big problem is for Russia to muster the political and economic strength needed to uphold a stable, well-functioning infrastructure along the NSR, the most crucial task being to maintain the capacity of the Russian ice-breaker fleet.

Ice Cover: Shrinking but Viable
It is without dispute that the Arctic ice cover is shrinking, in tandem with the overall thickness of the ice. While a less ice-packed polar cap does offer some interesting opportunities, said Lawson W. Brigham, PhD, Distinguished Professor, Geography and Arctic Policy, University of Alaska – Fairbanks, when interviewed for the May 2012 edition of Maritime Reporter & Engineering News.
“I think it important to remind everyone that the place is ice-covered – fully or partially – eight to 10 months out of the year through the century and beyond. The ice cover is thinner, but it may be more dynamic, as it might be moving faster, meaning that it might not be an easier place to navigate.”
“I believe that all ships in the future in the Arctic will be Polar Class Ships for most of the year, highly regulated,” said Dr. Brigham. “So if you subscribe to this notion that there is going to be an ice-free shipping enterprise, climbing to the Arctic to create some sort of Panama or Suez Canal – think again.”
The ice season in the Arctic follows a rather predictable routing, receding from April through August, and growing September through March. While computer models repeatedly show the summer retreat as much bigger, the ice has shown the tendancy to bounce back in the winter, and in fact just this past winter was a record maximum ice coverage in the Bering Sea.

Arctic Oil & Gas: The Promise
The “opening” of the Arctic offers shipping and offshore companies a seeming smorgasbord of opportunity, but make no mistake that the main driver for interest in the region is the vast potential of natural resources – oil and gas – that lay beneath the ice and water.
In assessing the risk versus reward for oil companies, Dr. Donald Gautier, Research Geologist, U.S. Geological Survey, puts it quite simply. “We all know that at some level oil and gas molecules are finite, but we also know that the number of those molecules is very large, but what really matters is how those molecules are distributed and what are the costs and consequences of trying to extract them. What matters, though, is what can be technically recovered.”
To date, about 400 O&G fields have been found north of the Arctic Circle, almost all of those onshore in west Siberia, Russia and North Slope of Alaska, with approximately  40 billion barrels of recoverable oil and about 1200 trillion cu. ft. of natural gas discovered.
Intrigue in the Arctic from an O&G perspective lies more in what we don’t know, and according to Dr. Gautier, the lack of knowledge is vast.
“The Arctic is already rich in Russian gas, that we know. In respect to oil, most has been found in Northern Alaska near Prudhoe Bay , where 22 billion barrels have been produced or carried in reserves, and is more than half of all oil found and produced north of the Arctic Circle.”
In assessing what remains, he admits that it is “real uncertain stuff we’re talking about here.”
While there are many places in the Arctic where It seems very geologically plausible that additional oil accumulations may be found “if you add all of these up, and I give caution when you start to add up uncertain quantities, there are between 40 and 160 billion barrels of technically recoverable conventional oil North of the Arctic Circle, most of that offshore, most of that in less than 500 m. of water on the continental shelf.”
“Size really matters in the Arctic; development will not be random, it will not be uniform, and it will be concentrated very heavily on those places where the geology says great big fields are most likely,” Dr. Gautier said. “It’s in the Barents basins (mostly in Russian territory); it’s northeast Greenland; it’s Baffin Bay. But for our money the single most prospective area in the entire Arctic is this narrow shelf of the Chukchi and the Beaufort Sea offshore northwest Canada and north Alaska.”