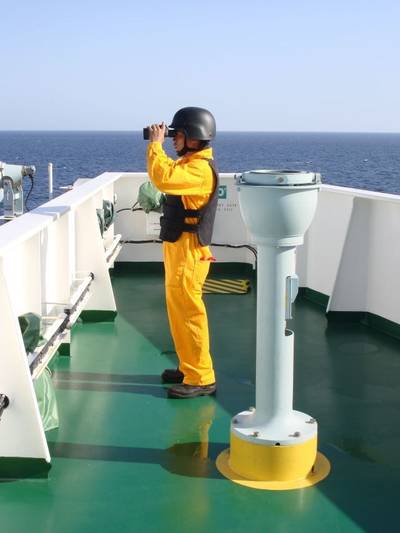 As international cooperation brings increasing pressure on more the traditional pirate trade in east Africa, there is mounting evidence that Western Africa, from Guinea-Bissau south to the Congo has become a new hotspot for the pirate trade.

While the movie “Captain Phillips”, a story about Somali pirates hijacking the Captain of the container ship Maersk Alabama, played in theaters around the world, the International Chamber of Commerce, International Maritime Bureau, was quietly issuing a new warning that the number of piracy incidents in West Africa was making that area increasingly dangerous.

On January 18 a Greek shipping firm lost contact with a Liberian flagged 75,000 ton oil tanker called the Kerala off the coast of Angola. It wasn’t until January 26th that the company was able to make contact with the ship and establish they had indeed been hijacked and a large amount of her cargo stolen. Later the oil-dependent Angolan government tried suggesting that the piracy had been faked. Security experts doubt the government story and warn the incident seems to be a clear escalation of the piracy formerly confined largely to the Gulf of Guinea.

Though pirates in Western Africa lack a lawless coast where they can hide hijacked vessels, the threat to crew and cargo moving through the area is still real. One of the telling moments for viewers watching Captain Phillips in theaters was how little protection freighter crews have from pirates. The Maersk Alabama’s only defenses were speed and fire hoses; in the end those weren’t enough.

The expanding threat horizon facing shipping on both coasts of Africa have prompted many shipping firms to consider upgraded defensive capabilities for their ships and crew. Companies that produce body armor and ballistic products are finding new customers among shipping companies operating ships in high-risk areas.

Iwan Luiten, Marketing Manager at EnGarde body armor, reports “More of their customers are companies with ships that routinely pass through high risk areas. Many have at least two emergency sets of body armor, including a helmet, ready for use.” These body armor sets are worn by the bridge watch during transiting high-risk areas and provide protection from small arms fire, flying glass and high speed grenade fragments.

It’s a certainty that as piracy spreads to a new coast in Africa that those who must work in dangerous waters will face a new round of threats from pirates.