Posted to Maritime Reporter TV (by Joseph Keefe) on September 28, 2016

MR: Hello, we’re here with Maritime Reporter TV. I’m Joe Keefe — I’m the editor of Marine News Magazine and Maritime Logistics Professional. We’re here at SMM 2016 and Matt Granitto, the Global Business Manager of Ballast Water for Evoqua has come to see us today. Welcome. Thanks for coming over.

Matt Granitto: Thank you. It’s a pleasure to be here.

MR: An exciting day. Let’s start out with the big news today — the IMO approval came through. You tell me it’s 35.1411 percent. Tell us a little bit about the day and how that’s shaping up for you.

Matt Granitto: Yeah, it’s really turned into a wonderful day today. There were rumors flying around all of the halls yesterday that Finland would be the next to ratify; the question was whether they would have enough of the world’s tonnage to push it over the magic 35 percent limit. This morning, we heard that Finland did indeed ratify, and about one hour later, we got the official announcement on the IMO website that the tonnage has finally reached the 35 percent mark. So come next September 8, the convention will be in force.

MR: And that’s good news for the ballast water manufacturers and, I think, for industry, because we have to start putting in the capacity to build these systems, and it gives ship owners a little bit of direction as we move forward. I want you to describe your system, the type of system that it is, and its capacities for our listeners.

Matt Granitto: Okay. As you mentioned, my company name is Evoqua, which is new and unheard of to a lot of people. Two years ago, you would have known us as Siemens Water. We have been in the industry a long time. We have a couple thousand installations with the heart of our system, which is a Chloropack system. We are a filtration and electro-chlorination system. The heart of the system being the Chloropack, which has been in production consistently since the early ’70s. So we’re filtering the large stuff, killing the small stuff with a small dose of chlorine. Our target markets are on the larger flow rates. We believe that we are a better solution in the 500 cubic meters up to the 6,000 cubic meter per hour systems. We are based in the U.K., but we have manufacturing facilities. also, in Korea and China for the new build markets.

Matt Granitto: Yes, that’s exactly our target market; along with those, also the LNG carriers. Traditional users of our Chloropack modules are all of the LNG gas carriers. So they already are familiar with our technology for MGPS, now they’re going to be using it for their ballast water treatment systems. They have the same 6,000 cubic meter per hour flow rate. That’s our target, and that’s our sweet spot.

MR: Very well. The listeners are going to want to know about your type approvals and who’s given you the okay to go ahead so far.

Matt Granitto: Right now we’ve received our IMO-type approval with VSH as our flag-, Germany is our flag state, BSH is the approval body in 2014. Right after that, we started basically testing for U.S. Coast Guard. We are in slot number one with NSF as our IL. We are testing solely in the United States for the Coast Guard, under their very watchful eye, both at the MERC facility in Baltimore and Norfolk, and the GSI facility in Duluth and Superior. We have DNV GL type approval for the system. We are in process of obtaining Lloyd’s approval. Our Coast Guard type approval, we are roughly three quarters of the way finished — we anticipate the end of this year to be able to turn in the application, with hopefully receiving the Coast Guard type approval the very beginning of next year.

MR: So Evoqua may be a new name for the ballast water market, but this isn’t your first rodeo. Tell us about your first test ship.

Matt Granitto: Our first test ship, we actually did a 13,000 TEU containership. At the time, it wasn’t the world’s largest, but it was really close. That was in 2012. It was a new build, but it was basically a retrofit because the shipyard in Korea had not planned to put the system on. So we got experience both as a new build and a retrofit with that one. It’s been in operation since. Not only did we use it for all of our testing for IMO, but the same vessel agreed again to allow us to use them as a guinea pig for our Coast Guard type approval. And the system has not failed and we continue, we should be finished with our shipboard testing on board that vessel this month.

MR: Very good. So in line with the IMO ratification that happened today — very exciting — one of the things that ship owners are most worried about is whether or not the manufacturing capacity is going to be out there to build these units once the requirement comes in to do so. Tell us a little bit about your manufacturing capacity.

Matt Granitto: That is one of the strengths of Evoqua — we are not a small, one-horse-only company. We are a consortium of different water companies; have roughly 4,000 employees in 170 locations around the globe. For ballast water only, we will have three manufacturing facilities: in the U.K., in China, and Korea. The Korean and Chinese facilities mainly focusing on new build, while the European, the U.K. facility, mainly on the retrofit. We have not- I won’t say that we can build a thousand a year, but we don’t have any real restrictions as far as capacity, other than what everyone else is going to face. We all use a lot of similar components — namely filters, namely some of the pumps and things. There could be bottlenecks there, but from our side, what we produce and what we manufacture, there’s no real limit, no manufacturing bottlenecks.

MR: Very good. It’s an exciting day. I know you had a good show. It’s been very busy from our standpoint, as well. I appreciate you taking time out to see us out of your busy day, especially on a day which was good news for manufacturers and ship owners, alike. Thanks very much.

Matt Granitto: Thank you very much. 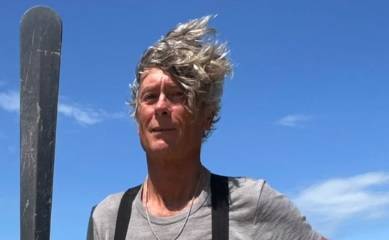 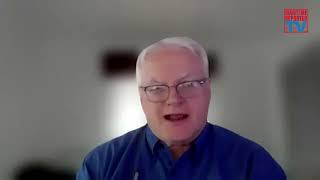 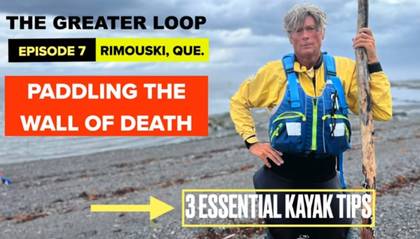 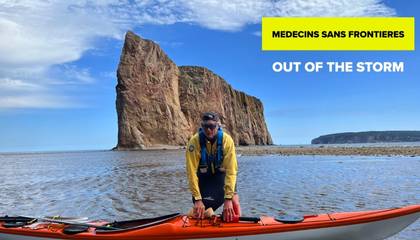 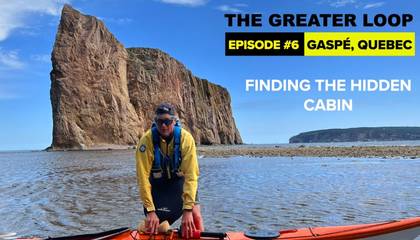 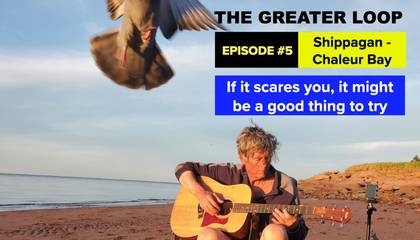 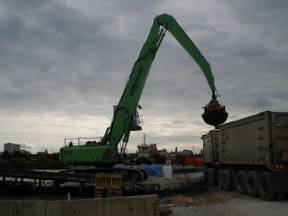 Charlotte, NC - The towering green booms of SENNEBOGEN material handlers have long been a familiar sight in American port facilities and barge docks. In more recent