Posted to Maritime Reporter TV (by Greg Trauthwein) on October 27, 2016

MR: Okay, this is Greg Trauthwein, I’m the editor of Maritime Reporter and Engineering News. We’re here with Maritime Reporter TV at the SHIPPINGInsight, 2016, and we’re with Jonathan Dowsett of Eagle Bulk Shipping. Just to kick it off, if you could just tell us your title, your area of responsibility, and also a little bit about Eagle Bulk Shipping.

Jonathan Dowsett: Sure, so I’ll start with a little bit about Eagle, actually. We are an owner and operator of 41 Supramax size bulk carriers. We were located in midtown Manhattan but we recently moved out here to Stamford. We do all in-house commercial, technical management, so we’re our own self-sufficient shipping company and the owner of Supramax bulk carriers in the world. That’s the company. And then my role in the company is Senior Fleet Performance Manager. I’ve been with Eagle for 10 months now, and my job is basically to look at all kinds of data and leverage that data into intelligence for Eagle to support decisions and make the right decision more often so that we’re basically optimizing everything, whether it’s , what kind of paint we put on the hulls, when we dry dock ships... Really, you name it. And if we have data, we can try to model it and come up with a process by which to make that decision using data and not just feelings, things like that. So that’s, in a nutshell, I guess, what the role is. It’s very much about using data to make decisions and using business intelligence.

MR: Again, you talk to 10 people, and 10 people about the bulk market today, most people would say you have a pretty tough row to hoe at the moment. When you look at the market today, what do you see?

Jonathan Dowsett: So I think everybody would probably tell you the same thing — that it’s a tough time in the bulk market, for sure. But I think most people also see that we’re probably coming out of the worst, the worst times maybe back January, February, and March of this year. And so rates are coming up. The BSI, which is the index we look at, that’s coming up. So I think... you have to remain cautious all the time, but maybe we have some better times ahead of us. And as far as my perspective goes, the time that you really need to invest in all this business intelligence and using your data to constantly improve is really when you’re close to the bottom, because then, as you start moving back up, all those insights and all those better ways of doing things that you learned in the tough times, they still reap savings when it’s good times.

MR: Okay, very good. When you were describing your company, your position, you gave a few examples of the way in which you use data. But just to really concisely drill down, when I look at performance management and business intelligence, can you give me some specific examples of how today Eagle Bulk is using this to improve the performance of your ships?

Jonathan Dowsett: So I think... some specific examples are... if we start, it’s very... there’s basically two sides to it — so there’s the vessel side and the office side. Out on the ships, we’re collecting information about basically what speed are they going, what kind of fuel consumptions do they have, what’s the weather like. It can even be much more detail-able things like specific and individual pistons of the engine. And then we’re collecting all of that in some regular frequency and sending that shore side. And then once it gets shore side, we’re kind of mapping it and pulling it through a bunch of different models that we’ve created, and those models can be for things like optimally, what sort of fuel consumption at a specific speed, draft, weather conditions, et cetera; what consumption should we expect from the ship; and what is the ship actually telling us its consumption is. And so in that specific example, you have a difference in fuel consumption, and immediately that’s something you know that maybe your competitors that don’t do this kind of analysis don’t know. So you can start to look into what is that delta fuel consumption coming from? Is it that engine pressure? Or is it actually the weather is worse than we’re being told it is? All these different things, and you basically, to expand and no longer be a detail-able example, you can look into this very specific data and then pull out insights about how you can improve your day-to-day and your immediate decisions you’re making on  so that you’ll have a better performing voyage. And similarly, on the office side, maybe we have an operator who’s giving a speed instruction to one of our ships. In the past, that would be either one speed or the other — it was very binary. But if you take in all this data and you trend it over time long enough, there’s actually, you know, the two old binary speed decisions, but there’s also a bunch of speeds in between, and maybe the best result for a particular voyage on a particular ship is at a speed that isn’t usually given as a speed instruction. So it’s getting very, very detailed, but you do that often enough with enough parameters and you have these very little savings that add up into very big impacts over the course of a year or over the course of multiple ships.

MR: I would expect nothing less than detail and depth from a Webb graduate. So put in perspective, if you will, this is a very historically conservative industry — some people would classify it as “slow to adapt to change.” And we’re assuming that a lot of what’s going on, I don’t know if  is the right word, but it seems quite a bit of change is happening now. But can you put in perspective the rapidity with the change that you see within the industry today?

Jonathan Dowsett: I think if you look within... we can start with the bulk sector. There’s a — as we said in a previous question — it’s definitely a bad time for bulk carriers and bulk operators, so you need to differentiate yourself. And I think one of the most critical ways you can do that is by really embracing business intelligence as a way to drive your business, to improve your business. And there’s a lot of bulk owners out there who haven’t seen the light in this. And I would hesitate to say that they’ll disappear or anything like that, but this is the way the industry is going, and if you’re not going to adopt these kinds of things, if you’re not going to really embrace business intelligence performance management, then you’ll be left by the wayside. You’ll be missing a whole lot of intelligence that everybody else is going to have. And so, getting out of  bulk industry, if you look at the container industry, the cruise industry, they’ve already embraced this stuff five, 10 years ago. And they’ve definitely seen the light. There’s not a single one of those owners out there who isn’t doing this kind of stuff, and we’re basically at the point in the cascade where now you have tanker owners, and bulk owners, doing it. And it is... it’s a tremendous change because shipping is very conservative, it’s based on-, it’s more emotionally driven and people have been doing the same thing all the time, and suddenly you have to embrace this new technology and a new approach that tells you, “Actually, you shouldn’t do the same thing you’ve been doing all the time.” The data shows you should do this, or a model shows that we could make a little more money doing it this way. So I think the companies and the people who aren’t willing to adopt this stuff — because it’s happening, and it’s happening quickly — they’re going to wind up very quickly being left by the wayside.

MR: And again, you’ve given incredible examples of how you are using it realistically today, looking forward, is it incremental changes on what you’re already doing? Or are there other specific areas where you see this really having a tremendous impact?

Jonathan Dowsett: I think you already hear a lot today about things like big data, and you hear about autonomous and stuff like that, and I won’t go that far, but that’s definitely the short-term extrapolation of where we’re going based on what’s happening now. So rather than the crew on board giving us information every 24 hours, we’re going to start seeing information coming in multiple times per second. So we’re going to have, we’re going to be able to make corrective actions in real time, so rather than having a ship operating at a suboptimal speed, let’s say, or suboptimal trim, for a week until we realize, “Okay, that doesn’t look like the best we can do.” It’ll be for, I don’t know, two minutes and then the office will already see this is something that we could improve, and it would go back to the crew and the crew would be seeing it in real time, as well, saying, “This is something we could improve.” So I think you’re going to see a much shortened time horizon on the time it takes to leverage data into good decision-making. And going even beyond that, you’re going to have so  data coming in and so many models to pull it apart with that we’re probably going to have insights into operational inefficiencies, technical inefficiencies, that we don’t even know today.

MR: That’s spectacular. I truly thank you for your time. I know you just came off of a flight. You’re excellent, and again, Greg Trauthwein with Maritime Reporter. Thank you. 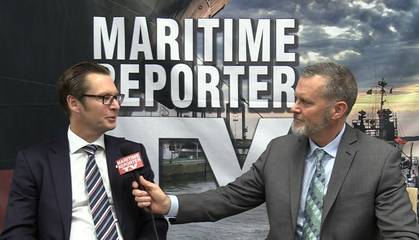 The Future of Class According to DNV GL 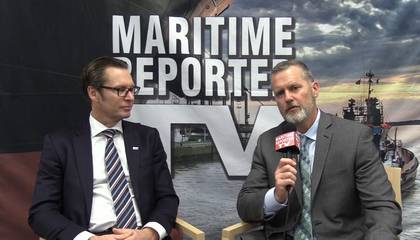 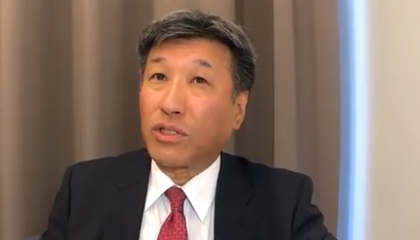 MOL Invests in Fleet of the Future 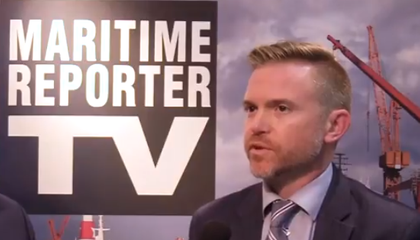 Connectivity is the Backbone to the Big Data Trend 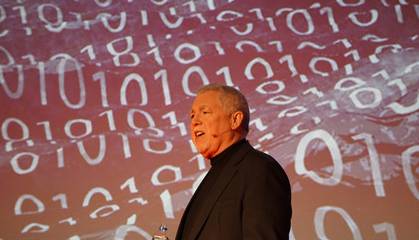 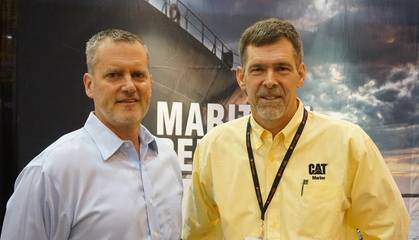