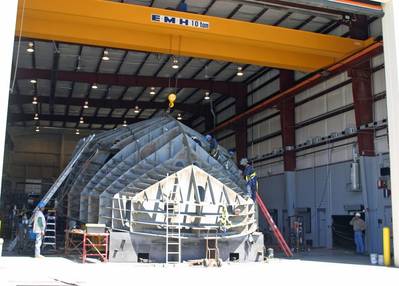 Great Lakes Shipyard in Cleveland has been awarded a new construction contract by the United States Army Corps of Engineers for two 38-foot work barges, the company announced today.

The two new steel work barges will be used by USACE Rock Island District as a working platform to perform maintenance and inspections of lock and dam 11 and  14 on the Upper Mississippi River. The barges will be 38-foot long by 14-foot wide and 3-foot deep. The stern of the vessel will include a transom for mounting an outboard motor to power the vessel. Work will commence immediately and proceed until the projected delivery date in November 2015.