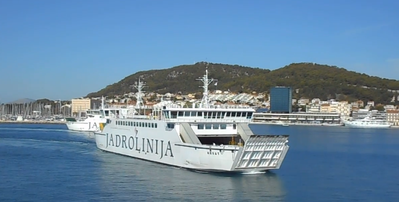 ACO Marine said it has completed the commissioning of wastewater treatment units aboard the ropax sisters Sveti Krševan, Supertar and Cres operated by Croatian owner Jadrolinija.

The three 87.6m vessels were each retrofitted with a Clarimar MF-2 biological-type sewage treatment plant at the Dalmont shipyard in Kraljevica, Croatia, the oldest continuously operating shipyard in the world, with a history dating back to 1729.

Italy’s La Fornitrice, ACO Marine’s engineering partner in the region, completed the commissioning of the system aboard Cres, the final ship in the series, in May. Equipment for all three retrofits was delivered to the yard between December 2018 and January 2019.

The contract also included the supply of detailed installation drawings to the shipyard and the issuance of the requisite approval certificates from the Croatian Ship Register (HRB).

Prior to the installation and commissioning of the Clarimar units, the 600-passenger capacity ferries did not treat wastewater streams but instead collected the effluent in holding tanks. In the busy summer months, this meant that the tanks needed emptying on a daily basis.

While performance and cost-efficiencies were key factors in the owner opting for the ACO Marine solution, the decision to retrofit a wastewater treatment unit, however, was a decision led by regulatory necessity.

Until recently, Croatia did not have strict or detailed regulations governing the discharge of wastewater into its coastal waters. However, in 2015 Croatian authorities completed the Coastal City Pollution Control Project, putting an end to indiscriminate discharging practices, and mandating solutions for treating and monitoring wastewater discharges.

These additional five vessels of the same class – Hrvat, Juraj Dalmatinac, Marjan, Jadran, and Biokovo – will each be fitted out with larger Clarimar MF-3 units, which La Fornitrice will supply from mid-October 2019.

Jadrolinija manages a fleet of more than 50 passenger ferries operating between the mainland and the Croatian islands of the Adriatic.