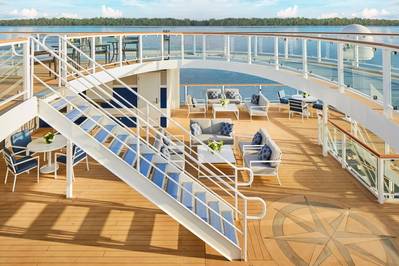 The 22-day complete Mississippi River cruise had originally been scheduled to operate from New Orleans, La., to St. Paul, Minn., but due to Hurricane Ida, guests will embark in Natchez, Miss.

Built by Chesapeake Shipbuilding, the 175-passenger American Melody is the line’s second new modern riverboat this year and the fourth riverboat in American’s growing Mississippi fleet. The line launched American Jazz in March 2021 and has already announced the names of two more modern riverboats coming in 2022—American Symphony and American Serenade.

American Cruise Lines first introduced its Modern Series in 2018, with American Song, the first modern riverboat in the U.S. Since then, the line has expanded the series, introducing six of these new ships in just four years.

Hurtigruten's New Cruise Ship Named 'Next to the North Pole'