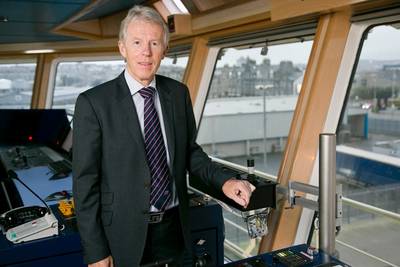 Aberdeen head-quartered global shipping and energy services firm, Craig Group, has marked its 80th anniversary with strong performance as it lodges its accounts at Companies House.

The privately owned, family-run business, now employing the fourth generation of the Craig family, has reported turnover of £146.8 million with operating profits of £17.4 million for the year ending 30 April 2013. These are up on the previous year when turnover was £123.3 million and profits were £15.2 million.

The group, whose core activities are the provision of offshore support, ROV survey, emergency response and rescue vessels (ERRVs) and oilfield procurement, provides employment for 1,062 people, 925 of which are mariners crewing the groups fleet of 37 vessels.

Capital expenditure in the year was £37.4 million of which £27.8 million was spent on the continued modernisation of the fleet of emergency response and rescue vessels.

Craig Group chairman and managing director, Douglas Craig, said: "These results reflect our continued strong performance in our core areas of shipping and oilfield procurement. Our considerable capital expenditure in new tonnage to ensure the safest and most modern fleet and investment in new global bases for CIS have consolidated our market leading positions in these areas. We are also generating the cash flows required to sustain growth and new employment in the future."

The Craig Group fleet is operated by group division, North Star Shipping, who saw its turnover increase by over 15% to £92.6 million. Two new ERRVs were completed within the financial year with a further two new vessels to be delivered during 2014. .

Mr. Craig added: "Our investment of £230 million since 2003 in new vessels has ensured we have the largest and youngest British wholly owned fleet engaged in the UK offshore industry. This has enabled us to win new contracts and retain existing ones as oil and gas operators are rightly demanding the best vessels and crews to support operations in the North Sea."

"The opening of new bases for CIS in Poland and Ghana while bolstering our existing operations in Cape Town and Houston has significantly extended our global reach helping us secure new business, increase our buying power and offer greater efficiencies to customers."

During the year, the group paid dividends of £3 million for the first time in three years.  Directors remuneration totalled £1.24 million with the highest paid directors emoluments standing at £500,000.

The group donated £374,000 to various charities and local causes in 2012. This includes the on-going donations, together totalling £2 million, to Robert Gordons College and the University of Aberdeens new library as well as one-off contributions to Friends of Anchor, Aberdeen International Youth Festival