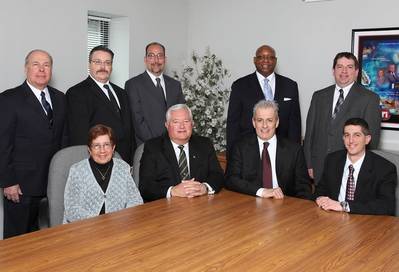 Retlif Testing Laboratories, a strategic compliance organization and independent testing laboratory, is celebrating its 35th year of operations. President Walter Poggi officially announced the anniversary with a series of planned events and pledged to uphold the personal service that has been the organization’s hallmark since its inception.

Founded in 1978 by Walter and Marilyn Poggi, Retlif provides EMC/EMI and environmental simulation testing services, approvals and certifications in support of clients in the marine and maritime fields.

The U.S. Coast Guard developed regulations to limit the release of live organisms and to reduce risks associated with the spread of aquatic invasive species. Retlif Environmental Laboratory Supervisor Scott Poggi commented that the 35-year old testing laboratory “is part of a collaborating relationship between NSF International, an independent public health organization, the Great Ships Initiative (GSI), and the Maritime Environmental Resource Center (MERC) to test and evaluate systems to the Coast Guard requirements.”

Retlif will complete testing of electrical and electronic components, including each alarm, control and monitoring device of the BWMS (Ballast Water Management System) manufacturers’ requirements.

Retlif has expanded to six locations ranging from North Carolina to New Hampshire, including its state-of-the-art headquarters in Ronkonkoma, New York. Retlif President Walter Poggi pointed out “The Retlif mission includes different goals from most other EMC and Environmental laboratories. We’re as much focused on the results of our testing, such as marine and maritime product approvals and expanding marketplaces for our clients, as we are on the testing itself.”