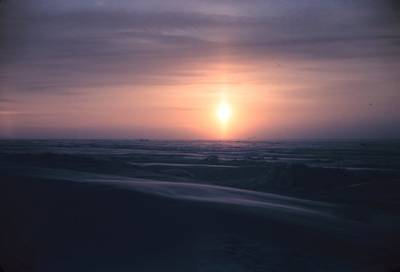 Russian President Vladimir Putin said on Tuesday that Russia should step up its presence in the Arctic and challenge other nations in exploring the world's largest untapped natural reserves, days after it started shipping its first oil from the region.

Russia's ambitions in the Arctic have for some time been raising eyebrows among other states vying for a presence there, but the Kremlin's annexation of Ukraine's Crimea Peninsula is likely to put its Arctic plans under greater scrutiny.

Russia has staked its future economic growth on developing the Arctic's vast energy resources and reviving a Soviet-era shipping route through the ice.

The United States, Denmark and Norway are also pressing for access to what they consider their fair share of the Arctic's massive oil and natural gas reserves.

Russia loaded its first crude tanker from an oil platform in the Pechora Sea last week.

"Over decades, step by step, Russia has built up, strengthened its positions in the Arctic," Putin told a meeting of his Security Council in the Kremlin. "And our goal is not only to regain them, but also to qualitatively strengthen them."

Moscow and the West are in the middle of their worst standoff since the Cold War. The row centres on Russia's annexation of Crimea and its support for pro-Russian separatists in eastern Ukraine.

Last year Putin ordered the reopening of a Soviet-era Arctic military base in the Novosibirsk Islands, two decades after abandoning it, and Moscow has sent 10 warships and four nuclear-powered ice breakers there in a demonstration of force.

"More often the interests of the Arctic powers, and not only them, cross here - countries that are far away from this region are also expressing interest (in the Arctic)," he said.

"In these conditions we must take additional measures not to fall behind our partners, to keep our influence in the region and in some aspects be ahead of our partners."

Russia, Canada and Denmark all say an underwater mountain range, known as the Lomonosov Ridge, which stretches 1,800 km (1,120 miles) across the pole under the Arctic Sea, is part of their own landmass. China, the world's No 2 economy, has expressed interest in the Arctic shipping route.

Last week Russia loaded its first oil tanker at the Prirazlomnaya platform in the Arctic. The area is seen by Moscow as a source of fuel that can gradually replace output from its depleting West Siberian fields.

The launch has long been delayed because of cost overruns and technical difficulties. Thirty Greenpeace activists received jail sentences last year after protesting against drilling at the platform. They were released after an international outcry.

Putin on Tuesday deflected environmental concerns by saying that Moscow will stick to "international environmental safety regulations in the region."