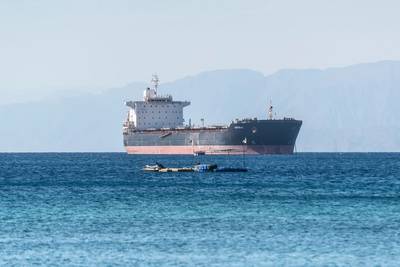 Britain's maritime agency said a drone circled a ship in the Gulf of Oman on Friday, three days after an Iranian-made drone attacked a tanker in the region.

The Maritime Trade Operations (UKMTO), which is part of the Royal Navy, said the incident took place about 50 miles southwest of Muscat. The vessel and crew were reported to be safe. It did not specify what kind of vessel was involved.

The U.S. Central Command said on Wednesday that an Iranian-made drone had attacked the tanker Pacific Zircon on Tuesday.

An Israeli official said Iran was responsible for the strike, while Iran's Nournews, which is affiliated to Tehran's security organization, blamed Israel and said the "Hebrew-Arab axis" aimed to create a "charged atmosphere" ahead the soccer World Cup that starts in Qatar on Sunday.

Attacks on tankers in Gulf waters in recent years have come at times of heightened regional tensions.