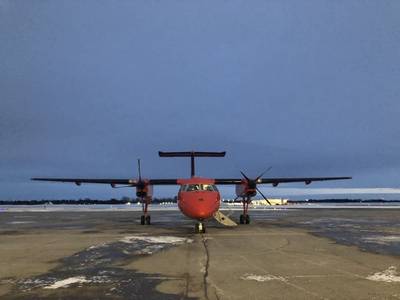 Canada's new eye in the sky will help detect oil spills and other marine pollution, and monitor ship and endangered whale movements.

Minister of Transport Marc Garneau announced that Transport Canada has acquired a new addition to its National Aerial Surveillance Program’s aircraft fleet in an effort to enhance prevention measures needed to respond to marine pollution incidents faster and more effectively, and to better protect marine ecosystems and habitats.

The De Havilland Dash 8 aircraft, acquired through the Government of Canada’s Oceans Protection Plan and the Whales Initiative, was purchased pre-owned and had the lowest number of hours compared to any other Dash-8-100 aircraft on the market.

Over the next two years, the aircraft will undergo modifications to become a maritime patrol aircraft equipped with specialized maritime surveillance systems that are currently used on Transport Canada’s existing fleet.

Transport Canada’s surveillance aircraft are fitted with cameras that can covertly monitor vessels from five miles away and at 20,000 feet altitude. National Aerial Surveillance Program aircraft are equipped with technology that can live stream video from the aircraft to personnel on the ground, in offices and to people’s phones.

“Our Government is committed to safe navigation and protection of the marine environment. Expanding our surveillance aircraft fleet allows us to improve local marine reporting and reduce the frequency of oil spills in Canada. This supports our commitment to protecting the endangered marine mammal population,” Garneau said. 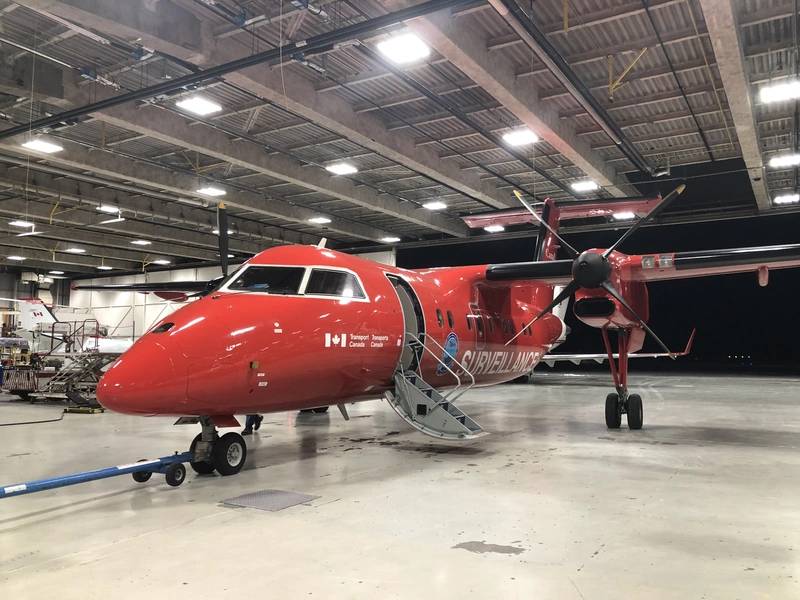 Aerial surveillance is a vital tool to monitor Canada’s endangered, iconic whale populations, and decrease oil spills. It is used to monitor the designated shipping zones for endangered North Atlantic right whales, located in the Gulf of St. Lawrence, and in Arctic operations such as verifying vessel pollution detected by satellites.

In 2018-2019, the National Aerial Surveillance Program set a record for the number of hours flown with a total of 4,152 hours of surveillance over 27,520 vessels for an average of 6.63 vessel over flights per hour.

Anita Anand, Minister of Public Services and Procurement, said, “Transport Canada’s National Aerial Surveillance Program is an essential piece of our government’s efforts to keep Canada’s coasts and inland waters safe and clean. I am pleased to support this work through the procurement of a new Dash 8 aircraft to enhance surveillance capacity under the program, leading to a cleaner environment and a safer shipping industry.” 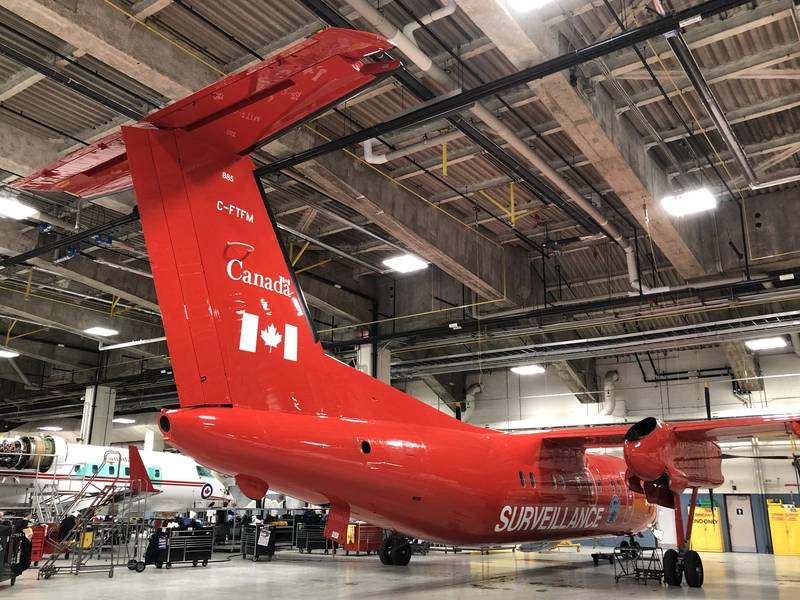