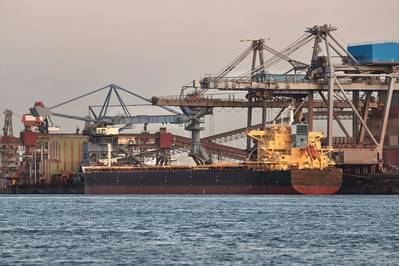 The overall index, which factors in rates for capesize, panamax and supramax shipping vessels, fell 6 points, or about 0.3%, to 1,807.

Even after an improvement in both basins (Atlantic and Pacific) last week for the capesize segment, "there is still a sense of lack in direction appearing in the overall market for the time being", Allied Shipbroking said in a weekly note.

The panamax index rose for the first time in 5 sessions, adding 6 points to 1,998.

In Russia, the world's largest wheat exporter, farmers are among the people being drafted into the military, President Vladimir Putin told a meeting with officials, signaling potential further risks for the 2023 crop.

The supramax index rose by 14 points to 1,671. It rose for the 10th consecutive session with upward support coming from "the Atlantic (higher demand from the US Gulf) and Asian markets", Allied Shipbroking said.