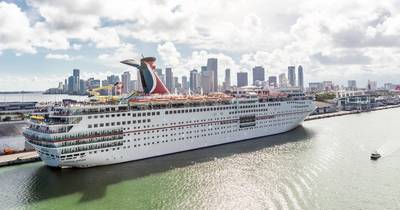 Cruises are renowned for their gargantuan all-you-can-eat buffets. Cruise company Carnival is stuffing its face again with a $1 billion equity raise – its third such helping after Chief Executive Arnold Donald feasted on a combined $2.5 billion in share offerings late last year. It’s not clear that Donald needs the financial calories this time round: Carnival had cash to ride out 15 months of zero sales, assuming monthly cash burn of $600 million, at the end of 2020.

Despite ships remaining moored, investors can’t seem to get enough: shares are priced at a mere 3% discount to Monday’s close. It coincides with optimism that vaccination success in the United States and Europe may at least allow Carnival’s baby-boomer demographic to travel freely again: shares in tour operator Tui, along with airlines easyJet, Ryanair and International Airlines Group, spiked by between 4% and 8% on Tuesday after the UK announced plans to lift curbs by summer. Shareholder largesse means HSBC reckons Carnival’s net debt should decline to around $22.4 billion, equal to 5 times forecast 2022 EBITDA, according to Refinitiv data. That still leaves a strong peril of seasickness.