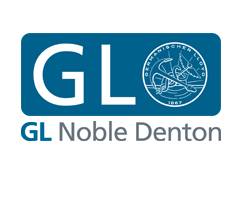 Offshore Technology Conference, Houston, TX, 3 May 2011 – GL Noble Denton has published a new Guideline for the certification of blow-out preventers (BOPs). The Guideline clearly defines the process to be undertaken by independent third party certification bodies in certifying the integrity of the asset, which monitors and controls the flow of oil and gas wells.

The publication of the Guideline follows the first anniversary of the Macondo oil field incident in the Gulf of Mexico, during which the failure of the BOP from the Deepwater Horizon drilling rig contributed to lost lives and environmental damage. The event has highlighted the crucial need for operators to thoroughly inspect the reliability of this critical piece of safety equipment on a regular basis.

Since the Macondo incident, the oil and gas sector has placed increased emphasis on the inspection and testing of BOPs to ensure compliance with industry standards. The new Guideline published by GL Noble Denton provides rules and procedures for certifying BOPs throughout their lifecycle, from the design and manufacture phase through to annual inspection during operation.

The Guideline will be used by GL Noble Denton as the standard to which the company will inspect and certify BOPs as part of its certification services for sub-sea drilling assets for its clients, who include some of the oil and gas industry’s best known exploration and production companies. It has been published using the combined expertise of the GL Group’s experienced engineers in Houston, Aberdeen, Sandefjord and Hamburg.

The Guideline is divided into four distinct sections:

•         The general certification process of a blow-out preventer, from the submission of a client’s application for certification to the distribution of a certificate after design review and the regular review of the asset’s integrity during operation
•         The procedures that should be undertaken on a BOP to demonstrate its integrity to a third party such as GL Noble Denton, including methods to identify potential failures and their consequences
•         The major design requirements of a BOP, based on internationally accepted codes and standards
•         The inspections and tests that should be undertaken throughout the lifecycle of a BOP, including factory acceptance tests, site integration tests, annual inspections and inspections after modification.

Paul Shrieve, GL Noble Denton’s Senior Vice President for Technical Assurance, said: “The oil and gas industry has heavily scrutinised its approach to the safe operation of blow-out preventers over the past year. GL Noble Denton has been able to help respond to this by providing a standard for BOP certification that will help operators across the world to demonstrate their integrity and maintain the effective operation of this vital asset. “