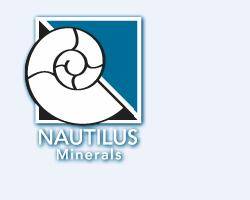 Nautilus Minerals has completed its 2010/11 seafloor drilling program, with the vessel, REM Etive, having demobilized in Singapore on May 16, 2011.

During the drilling program in the Bismarck Sea of Papua New Guinea, Nautilus completed a 99 hole diamond drilling project, for a total of 1475 metres.

Drilling was focused within the area of the Mining Lease (ML154) recently granted to Nautilus, which contains the Solwara 1 deposit  and the Solwara 5 seafloor massive sulphide (SMS) discovery. A total of 71 holes was drilled in ML154, for 1147 metres. The remainder of the drilling was conducted in Exploration Lease 1374, which hosts Nautilus’ Solwara 12 SMS discovery.

Nautilus' CEO, Steve Rogers, said the highlight of the campaign had been the identification of mineralization at depth at Solwara 12 and the improved knowledge gained at Solwara 1.

“We have commenced data evaluation and analysis and it is expected that results will be reported before the end of this year,” he said.

The exploration results reported in this announcement have been compiled under the supervision of Nautilus’ Exploration Manager Mr John Lowe, a Member of the AUSIMM with over 16 years experience in mineral exploration and a qualified person as defined by National Instrument 43-101.  Mr Lowe has reviewed and approved the technical disclosure contained in this news release.