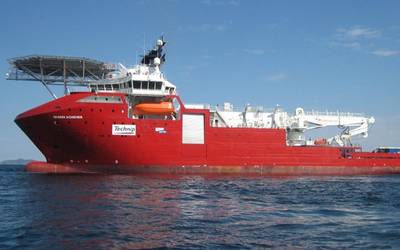 Technip’s operating center in Aberdeen, Scotland, will execute the contract, which will run from 2012 until 2016, with two two-year options to extend it. Vessels from Technip’s fleet, including the Orelia, the Skandi Achiever and the Wellservicer, will be used for this project.