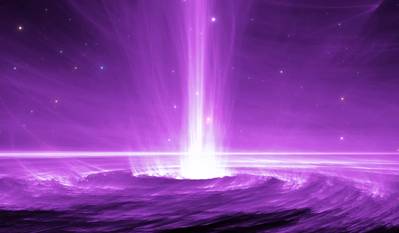 Most people these days are aware of risks inherent in our increasingly electronic maritime industry.  There is malware, ransomware, and spear phishing to name a few.  But a new one has been recently identified – cosmic rays.

Cosmic rays are high-energy protons and atomic nuclei which move through space at nearly the speed of light. They originate from the sun, from stars outside of the solar system, and from distant galaxies.  They are capable of penetrating and passing through almost any material.  The vast majority of the time encounters with cosmic rays do little or no harm.

But cosmic rays have sufficient energy to alter the states of circuit components in electronic integrated circuits, causing transient errors to occur (such as corrupted data in electronic memory devices or incorrect performance of CPUs) often referred to as "soft errors". This has been a problem in electronics at extremely high-altitude, such as in satellites, but with transistors becoming smaller and smaller, this is becoming an increasing concern in ground-level electronics as well. Studies by IBM in the 1990s suggest that computers typically experience about one cosmic-ray-induced error per 256 megabytes of RAM per month. To alleviate this problem, the Intel Corporation has proposed a cosmic ray detector that could be integrated into future high-density microprocessors, allowing the processor to repeat the last command following a cosmic-ray event. ECC memory is used to protect data against data corruption caused by cosmic rays.

Effectively cosmic radiation can flip a “1” in a computer program’s binary code to a “0” or vice versa.  That may not seem like much, but computers rely on an accurate set of binary instructions, which are made up of millions of ones and zeros.  To a computer, 1 is a different instruction from zero.  It could be the electronic equivalent of ordering right full rudder when you meant left full rudder.  In the open ocean with plenty of sea room, that might not be a problem, but when approaching a narrow passage, it could be a disaster.

Galactic cosmic rays are one of the most important barriers standing in the way of plans for interplanetary travel by crewed spacecraft. Cosmic rays also pose a threat to electronics placed aboard outgoing probes. In 2010, a malfunction aboard the Voyager 2 space probe was credited to a single flipped bit.  Fortunately, the satellite had plenty of room in which to maneuver.   Strategies such as physical or magnetic shielding for spacecraft have been considered in order to minimize the damage to electronics and human beings caused by cosmic rays.  Flying 12 kilometers (39,000 ft) high, passengers and crews of jet airliners are exposed to at least 10 times the cosmic ray dose that people at sea level receive. Aircraft flying polar routes near the geomagnetic poles are at particular risk.

In the district of Schaerbeek in Brussels, one polling station during the 2003 election registered more than 4,000 votes in favor of the Communist Party. The problem was that those 4,000 extra votes didn't match up with the area's population. The Communist Party received "more votes than there were voters" at that polling station.  Clearly, this posed a problem.  The nation’s political identity was at stake.  A detailed recount resolved the cosmic-ray induced error.

In 2008, data corruption in a flight control system caused an Airbus A330 airliner from Australia to twice plunge hundreds of feet, resulting in injuries to multiple passengers and crew members. Cosmic rays were investigated among other possible causes of the data corruption.  The other possible causes were ultimately ruled out as being extremely unlikely, leaving only cosmic rays.

It happened again in 2009. That year, Toyota issued a recall on more than 9 million vehicles worldwide because of sudden and unintended acceleration, with people unable to use their brakes because the controls were all computerized (Toyota was ahead of the game at the time when it came to vehicle technology).  It was a pretty dramatic — and tragic — episode. People were killed. Someone was even released from prison because the person had been wrongfully charged with running people over in a Toyota that accelerated uncontrollably.  When experts dug into the problems with Toyota cars at the time, it was found that many of the issues were caused by a bit flip.

In August 2020 scientists reported that that ionizing radiation from environmental radioactive materials and cosmic rays may substantially limit the coherence times of qubits if they aren't shielded adequately, which may be critical for realizing fault-tolerant superconducting quantum computers in the future.

These days, cosmic rays might be a concern, but there are workarounds. Companies in aerospace, defense, aviation, and consumer electronics as well as chip manufacturers, the automotive industry, the communications industry, the IT infrastructure, and more are aware of the effects of cosmic rays and have worked with researchers to implement safety and mitigation measures.

Cosmic rays seem like one of those things that have been largely taken care of behind the scenes. It's also a "wrong place at the wrong time" kind of thing, in which the chances of cosmic rays flipping the bits in our electronics is sparse and random. And so far, few major catastrophes can be attributed to cosmic rays, or at least as far as we know. Even in cases in which it's suspected, there's never a guarantee cosmic rays were actually the cause of a given malfunction. It's just a plausible explanation.

On important satellites, three duplicate computers are sometimes installed.  If the output of one of the three computers doesn’t match the output of the others, it is ignored, since the likelihood of two of the computers being struck by cosmic rays and suffering the same bit flip is astronomical.
Ships are not considered as important as these satellites.  Yet, they are being crammed with more and more computer chips.  As ships move increasingly toward autonomous operation, there will be no one onboard to override bit flip errors.  Remember the HAL computer in 2001: A Space Odyssey.  But for the lone surviving astronaut, the movie would have had a much different ending.