Danish Vessel Involved in Collision off Sweden is Starting to Sink 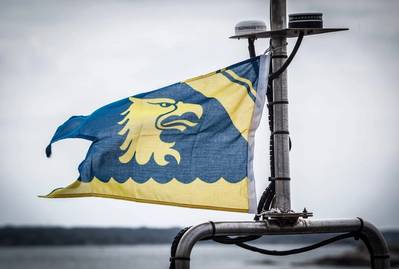 A Danish ship involved in a collision off the Swedish coast that left one crew member dead and another missing has started to take on water and may soon sink, the Swedish Coast Guard said on Wednesday.

At least one person, a Danish crew member from the 55-metre barge Karin Hoj, died in the collision with the 90-metre Scot Carrier, which occurred in fog and darkness off the Danish island of Bornholm in the early hours of Monday.

Karin Hoj capsized from the collision but remained afloat, and was towed to shallow water where it was searched. It has now started to take in more water and an unknown quantity of oil has leaked from the barge.

"The ship sinking is not something we wanted but have been prepared for," the Coast Guard said in a statement. "We are now working to limit the oil spill."

It added the ship would still be salvaged but that the process would take longer if it sank.

A Swedish prosecutor said earlier on Wednesday that a Croatian national and crew member of the Scot Carrier had been released although he remained under investigation in connection with the incident.

A British crew member, held over the collision on several counts including causing death through negligence, remains in custody, Public Prosecutor Tomas Olvmyr said in a statement.

A lawyer for the Croatian crew member said he welcomed the decision and denied any wrongdoing. The lawyer for the British citizen declined to comment.

The prosecutor said on Tuesday both crew members were found after the collision to be over the legal limit for alcohol.

The collision triggered a large rescue operation, which led to the discovery of the dead body of one of the two Danish barge crew members in the hull of the vessel. The other crew member remains missing.

Scotline, which owns the Scot Carrier, said in a statement on Tuesday that the crew and company were co-operating fully with the investigation.