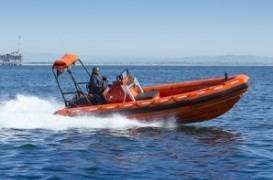 AMHS has ordered two 670 rescue boats for the M/V Columbia, which is being refitted with new safety equipment. The boats are being supplied through Vigor Industrial Shipyard in Portland, Ore. Willard Marine has supplied similar SOLAS rescue boats for AMHS ferries under a fleetwide refurbishment program.

MSC has just taken delivery of four 670 SOLAS boats for USNS John Lenthall and USNS Tippecanoe, and Willard Marine is in the process of delivering five boats to Maersk Lines Ltd., for MSC ships managed by Maersk.