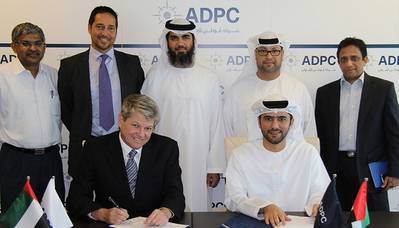 ADPC has awarded an AED 2.5million contract to Parsons, to manage the development of Delma Port in Al Gharbia or Western Region of the Abu Dhabi emirate.

The development of Delma Port will include a 300-m concrete wharf designed for heavy loads and new floating pontoons to create a marina setting for more than 280 boats.

The investment will also boost the existing facilities for local fishermen and improve the provision for water sports, as well as supporting ferry services and other public amenities.

Delma Port, which lies around 40 kilometers off the coast of the Western Region of Abu Dhabi, is a crucial transportation hub to and from the island.  It is used for general cargo and a growing number of tourists visiting the island. As the former capital of pearl diving, Delma Island has a rich historical and cultural heritage with many leisure facilities, as well as one of UAE’s most beautiful beaches and landscapes with farms and plantations, growing a wide variety of local produce.

Parsons, one of the world’s largest engineering and construction organizations, will act as consultant for the development of Delma Port. Guy Mehula, Parsons MENA+ President, said: “This project is a special undertaking and we are delighted to support ADPC in their effort to transform Delma Port into a well-developed strategic hub.”

A recent report released by the Western Region Development Council revealed that the region is one of the most important economic and investment areas in the UAE.  It represents 60 per cent of the land area of the Emirate of Abu Dhabi and contributes 45 per cent of the GDP.

Jones Capital said it has acquired Rockport Terminals, one of the largest private intermodal terminals on the Texas Gulf…