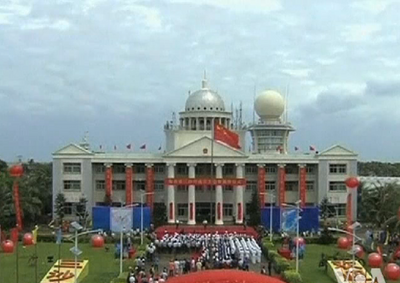 The vessel would be based at the small town of Sansha on one of the Paracel Islands and a regular patrol system would be set up from the base gradually, report the 'South China Morning Post', citing the 'China Ocean News'.

Sansha was established two years ago to administer areas of the South China Sea that are also claimed by Vietnam and the Philippines.

The decision to base the patrol boat in the area was part of an agreement between Sansha and the maritime authorities in Hainan, according to the Chnese nespaper report. The agreement covered search-and-rescue missions, marine conservation and overseeing safe navigation in the area.