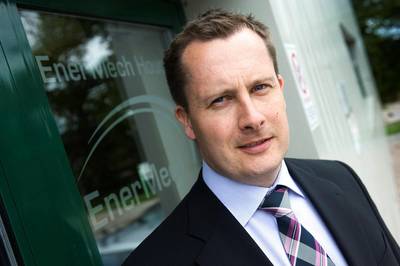 EnerMech views the Norwegian oil and gas sector as a key growth area for its seven business lines and in 2014 will invest up to NOK 20.4 million (£2 million) in equipment and facilities to expand its market reach. The company employs 55 staff in Norway and last year opened a second base in Bergen to complement its long established facility in Stavanger.

It is the first time Aberdeen-based EnerMech has worked on behalf of Eni Norge and the company will open a facility in Hammerfest to service the contract, which is for three years with a 2+2 years option, and will recruit additional local staff.

Trond Møller, EnerMech general manager in Norway, said, “EnerMech believes that to provide a responsive, flexible service to clients, we must have a strong local presence and the new facility in Hammerfest will fulfill that requirement, with back up from our Bergen and Stavanger operations.

“We have a 35 year track record in the Norwegian lifting inspection market and that has played a part in securing this strategic contract with Eni Norge. Significant capital investment in new equipment and the recruitment of extra staff demonstrates our commitment to the Norwegian oil and gas sector and winning this contract underlines the benefits of establishing a proper infrastructure which is valued by clients.”

Goliat is the first oil field to be developed in the Barents Sea and will use a cylindrical production facility, the Sevan 1000 FPSO, to access an estimated 174 million barrels of oil and 8 billion standard cubic meters of gas.