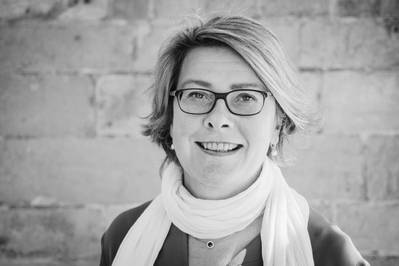 The budget proposed by the European Commission is insufficient to complete the TEN-T network and to invest in a safe, modern and sustainable transport network. Moreover, ESPO believes the proposed EUR10 bn transfer from the Cohesion Fund to Council on the future Connecting Europe Facility (CEF II) should be safeguarded.

ESPO also welcomes the Common Understanding between the European Parliament and CEF II.

“The Parliament has given a strong signal in favour of an increased transport budget for the coming years. We embrace this decision and hope it will be confirmed in the further negotiations. Completing the TEN-T network as foreseen is crucial for the future of Europe. But on top of that, enormous efforts are to be made in the field of decarbonisation and digitalization," says Isabelle Ryckbost, ESPO’s secretary general.

Isabelle adds: "We also hope that the proposed transfer from the Cohesion Fund to CEF II will be safeguarded. Cohesion policy aims at reducing the economic, social and territorial disparities that still exist in the Union. It is in that respect fundamental that the Cohesion countries can step up their transport infrastructure in line with the TEN-T priorities that apply to the entire Union.” says Isabelle Ryckbost, ESPO’s secretary general.

ESPO regrets that the definition of cross-border links has been weakened by the Council. For European ports, it is important to recognise the cross-border nature of projects, which are carried out in one Member State, but which have a substantial cross-border impact.

Given their role as gateways to cross-border trade and the cross-border impact of port projects, ports should be considered as international in nature and thus be placed on an equal priority with cross-border projects. In this regard, ESPO welcomes that any type of cross-border cooperation is recognised rather than the mandatory set-up of a single project company.

ESPO believes that in order to achieve a fully integrated and operational TEN-T network, more attention needs to be given to the maritime pillar and to ports within the TEN-T network.

European ports are not only essential nodes of transport and logistics, linking maritime with all others modes of transport, they have also developed into important nodes of energy, industry and blue economy. In order to fulfil their role as sustainable, efficient and state-of-the-art ports, continuous investments are needed.