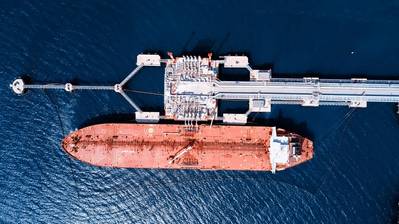 A growing number of oil tankers across Europe have been unable to unload their cargo over the past month as refining demand crashes, turning them into de facto floating storage, according to shipping data and trading sources.

European refineries have had to cut runs after measures put in place to contain the coronavirus outbreak crushed fuel demand.

More than 25 tankers with roughly 18 million barrels onboard were anchored near European ports, with most them already there for over a week as of Thursday, Refinitiv Eikon shipping data showed.

Many oil cargoes scheduled for late March or early April arrival were bought by refineries before the coronavirus pandemic paralyzed business and social activity in Europe, traders said. But now the volumes are not needed.

"The refinery tells us they can't take a cargo now. And it's not very clear when they'll be able to. It could take a month," a source with a major oil company said.

Storage facilities in Europe are filling up fast, with traders saying nearly all tanks are already rented and leaving no option for the refineries other than to float the cargo until it can be offloaded.

Awaiting Discharge
Full tankers are floating all over Europe, but the Mediterranean region, where refining run cuts have been higher, is harder hit.

Italy's Trieste port, a Mediterranean oil hub connected to refineries in Austria, Germany and the Czech Republic by the Transalpine pipeline (TAL), has six vessels waiting to discharge, traders said and the shipping data showed.

"Delays in Trieste are above two weeks now for some cargoes. Some vessels discharge, but many are floating. And we see more coming", a Mediterranean trader told Reuters. He added that the slower oil intake by refineries connected to TAL was disturbing pipeline operations.

TAL pipeline did not respond to a Reuters request for comment.

A number of cargoes floating outside other Italian ports including Milazzo, Vado Ligure and Genoa have been waiting for several weeks, four cargoes are facing weeks-long discharge delays in France's Fos and delayed cargoes are also anchored around Turkey and Greece, the data shows.

In northwest Europe the situation is generally better, traders said, but several vessels have been delayed in the last two weeks in the Antwerp-Rotterdam-Amsterdam hub and traders fear the number could rise.

"OPEC+ can try to establish market balance in the future, but it can't solve the issue of a currently oversupplied physical market in Europe, it will be tough this month," a trader with a major oil company told Reuters, referring to the grouping of OPEC countries and allies including Russia.