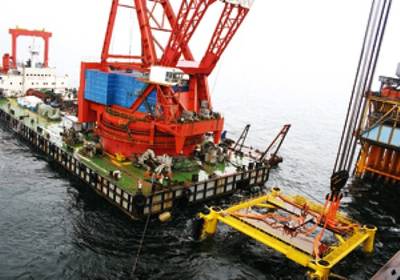 China's CNOOC has announced a summary of its business strategy and development plan for Year 2014 as follows:

The company's net production target of 2014 is in the range of 422 to 435 million barrels of oil equivalent (BOE), including approximately 69 million BOE as a result of the acquisition of Nexen Inc. (Nexen).

First oil from the Golden Eagle development in the UK North Sea, in which the company holds a 36.5% working interest and acts as the operator, is expected in late 2014. Once fully commissioned, Golden Eagle is expected to reach a peak daily production of up to 70,000 BOE. In 2014, the company expects a busy pipeline of engineering and construction with about 20 new projects under construction.

Mr. Li Fanrong, CEO of the company commented, "We maintain our production target of 6-10% CAGR from 2011-2015. To accomplish this during 2014, we will stick with the company's strategic goals and strengthen exploration and development activities in order to create excellent returns for our shareholders."