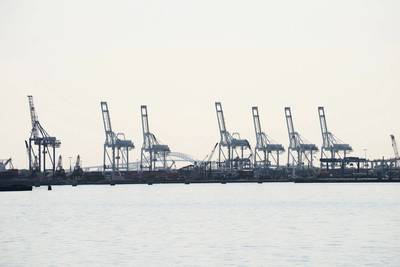 The U.S. Federal Maritime Commission (FMC) said it is establishing three new initiatives that will provide enhanced assistance to shippers, continue to improve legal and regulatory compliance of regulated entities, and focus on remedies to supply chain problems.

Each of these was contained in the Final Recommendations made by Commissioner Rebecca Dye in the Fact Finding 29 Final Report she issued to the Commission in May and issued publicly earlier this month.

“U.S. export shippers have been particularly challenged by both supply chain disruptions and ocean carrier policies and practices that can sometimes make it difficult to meet deadlines to get cargoes aboard ships in a timely manner. As Commissioner Dye recommends, bringing back the FMC Export Rapid Response Team will provide a dedicated resource for shippers to use in resolving emergency commercial disputes,” said Chairman Maffei.

Many of the operational frustrations shippers have contended with since July 2020 are tied to historic and sustained cargo volumes overwhelming the capacity of U.S. domestic infrastructure. The need for a dedicated International Ocean Shipping Supply Chain Program grows out of the recognition that there are longstanding, systemic problems and shortcomings in the networks and facilities serving America’s ocean commerce. These legacy issues contribute to disruptions and exacerbate problems when shocks to the system occur. The International Ocean Shipping Supply Chain Program will allow the Commission to identify where issues exist in the supply chain and offer proposals for steps that can be taken to remedy impediments to the free flow of shipments.

One of the two most common complaints Commissioner Dye heard throughout her work leading Fact Finding 29 was the excessive amounts of demurrage and detention fees shippers and truckers were charged despite the Commission having issued a rule on this matter in March 2020. Compliance with Commission regulations and the statutes it administers is not voluntary or discretionary. Ocean carriers, marine terminal operators, and operating seaports designating an FMC Compliance Officer who reports directly to the senior-most U.S.-based executive will aid in ensuring industry-wide observance of legal and regulatory requirements.