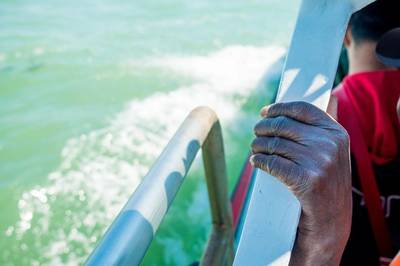 Greece was searching for migrants who went missing after their sailing boat sank off the island of Crete, its shipping ministry said on Thursday.

A nearby vessel spotted the boat after it sent a distress signal and reported it started sinking some 60 nautical miles southeast off Crete, it said.

Some 36 migrants have been rescued so far, while a helicopter, two coast guard vessels and other boats sailing in the area were part of an ongoing search and rescue operation in high winds.

The migrants said that a total of 45 people were on board the sailboat, the ministry said.

Hundreds of thousands of migrants and refugees used Greece as the main gateway to Europe through Turkey in 2015 and 2016, until a deal between Ankara and the European Union reduced the flow across the Greek and Turkish land and sea borders.

Land and sea arrivals dropped by more than 60% year-on-year in the first half of 2021, according to data from Greece's migration ministry.