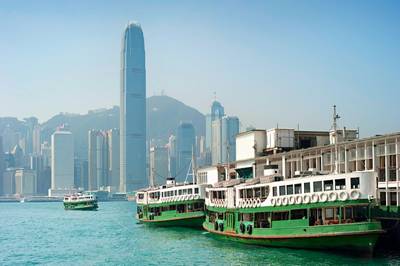 Hong Kong has suspended cross-border ferry service to and from mainland China as it seeks to prevent the spread of the novel coronavirus.

All cross-boundary ferry services to and from the China Ferry Terminal and the Tuen Mun Ferry Terminal have been suspended, Hong Kong's government announced on Wednesday,

The government said other modes of transport, including rail and airline service, have also been suspended or restricted as part of its plans to reduce the flow of people between the Mainland and Hong Kong.

As of Wednesday morning, the flu-like virus, first detected in Wuhan in December, has killed 132 people in China, according to local authorities. More than 6,000 cases have been reported globally, icluding Europe, Australia, North America and the Middle East.

Vigilance in the shipping industry has ramped up following the deadly outbreak, and the U.S. Department of State has advised people to avoid all unnecessary travel to China.