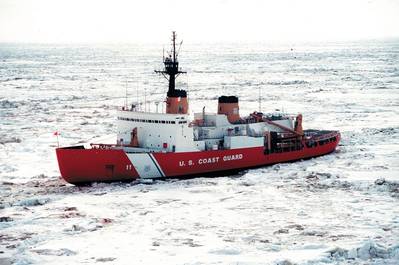 The USCGC Polar Star is one of the largest ships in the U.S. Coast Guard and one of the world’s most powerful nonnuclear ships. It was commissioned in 1976 but in 2006 went into caretaker status when the crew was reduced and the ship kept ready for a return to ice. In 2013 the Polar Star was officially reactivated and reassumed its variety of missions throughout the polar regions.

The exposed cameras on the Polar Star are manufactured from stainless steel and engineered to withstand harsh exposed marine environments and extreme low temperatures. Many system components comply with the highest naval specifications for shock, vibration, EMI, temperature and humidity.

The system deployed on the Polar Star comprises a range of marine grade camera stations including fixed cameras with zoom capability and one PTZ (Pan, Tilt & Zoom) camera, in the exposed above deck locations. These cameras utilize a high resolution low light color/mono sensor with 18 x optical zoom and feature an integrated wiper system. Below deck surveillance and safety is provided by a series of high resolution varifocal color dome cameras with built in IR illumination for operation in poor lighting conditions.

The new Kongsberg Maritime CCTV system will provide improved video image quality, more flexible control, power conditioning, viewing, recording options and maximum durability for operating in some of the most hostile marine conditions. High quality images are distributed throughout this 400 foot long ship via a large video matrix and full control of all the cameras is made available at telemetry keyboards with three axis joystick control.

The Polar Star, as with the Healy, has its homeport in Seattle. KUTI (Kongsberg Underwater Technologies Inc.) based in nearby Lynnwood, Wash., provided the customer with local assistance during the commissioning of the CCTV system for the Healy and will provide similar support for the Polar Star.

Kongsberg said it has worked closely with the U.S. Coast Guard on both Polar Star and Healy projects to provide all equipment in a timely manner and facilitate the support levels required to see these projects through to a satisfactory conclusion for this prestigious customer.