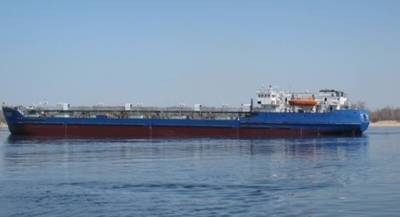 The “Nordvik”, which had been drifting in remote Arctic waters following a collision with an ice floe, is now being accompanied by icebreakers to its home port, reports the 'Barents Observer'.

Citing the Russian Sea and River Transport Agency, Barents Obsever says that a total of 1800 litres of diesel oil was transferred from the “Nordvik” into the tanker “Boris Vilkitsky”. The two vessels are now accompanied by two nuclear-powered icebreakers, the “Taymyr” and the “Vaigach”, out of the Matisen strait, bound for the tankship's home port of Khatanga.

As previously reported by Barents Observer, the 138 meter long, 6403 dwt tanker "Nordvik"  struck an ice floe ice while sailing in the Matisen Strait to the north of the Taimyr Peninsula on September 4. The tanker soon started taking in water in one of its ballast tanks.

According to Russian authorities, the “Nordvik” acted in violation of the permit given by the NSR administration by entering waters with medium ice conditions without being escorted by an icebreaker. The permit , granted to the vessel by the Northern Sea Route Administration, allowed the vessel to sail only in the Kara Sea and the Laptev Sea and only in light ice conditions and with icebreaker escort.