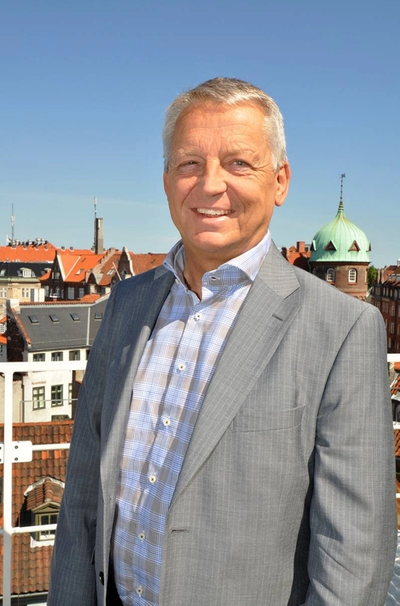 Interferry, the trade association representing the worldwide ferry industry, has announced that the new chairman of its board of directors is John Steen-Mikkelsen, CEO of Danish ferry operator Danske Faerger.

Steen-Mikkelsen was elected together with three new board members at the annual general meeting held last week in Cancun, Mexico, during the association’s 43rd annual conference.

The Interferry board is drawn from all types of large and small ferry operations - including ro-pax, ro-ro, cruise ferries, fast ferries and passenger-only ferries - as well as industry suppliers. Directors can serve for a maximum of three consecutive four-year terms.

Steen-Mikkelsen brings a wealth of experience from his ten years as an Interferry board member and his role operating six domestic ferry routes in Denmark and two international services to Sweden and Germany. He succeeds Mike Grainger – managing director of Liferaft Systems Australia and chairman of TT Line Spirit of Tasmania - who was an Interferry board member for 12 years and chairman for the past six. Under his leadership, Interferry expanded its geographical membership and focused on efforts to improve the safety of ferry operations in developing nations.

The three new board directors include Bernard Dwyer, CEO of Spirit of Tasmania since 2014, whose election maintains Australasia’s representation in line with Interferry policy of seeking board members from each of its membership regions. A graduate of Harvard Business School, Mr Dwyer brings significant experience of the tourism sector and is currently a board member of the Tourism Council of Tasmania.

He is joined by David Sopta, whose appointment as CEO of Croatian ferry operator Jadrolinija in 2017 coincided with the company hosting last year’s highly successful Interferry annual conference in Split. Sopta’s seat on the Interferry board was previously occupied for four years by former Jadrolinija CEO Alan Klanac and continues the association’s strong eastern European representation.

Anders Ørgård, owner of Danish firm OSK-ShipTech, also joins the board as a member representing the supplier community. Since graduating as a naval architect from the Technical University of Denmark 20 years ago, Ørgård has worked extensively in the ferry industry and is familiar with the daily work of fleet operations in addition to fleet renewal and expansion strategy. He replaces Hakan Enlund, executive VP sales & marketing of Finland’s Rauma Marine Construction, who has completed a maximum-permissible 12 years on the Interferry board.