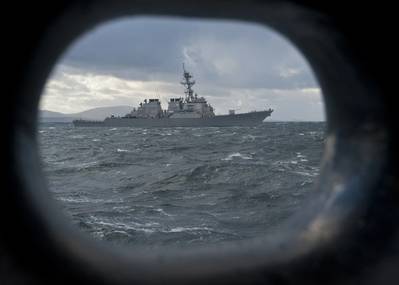 Reston, Va.-based Leidos said it has entered into a definitive agreement to acquire esteemed naval architecture and marine engineering firm Gibbs & Cox for $380 million in cash, as the defense, engineering and IT conglomerate looks to bolster its expertise as it competes for U.S. Navy unmanned systems contracts. The deal is expected to close in the second quarter of 2021, subject to closing conditions.

For Leidos, which announced the acquisition in its latest financial results on Tuesday, the deal "extends Leidos into an attractive maritime market where Leidos is underpenetrated today, and adds valuable engineering talent (naval architects and digital engineers) to the team," the company said. "[The acquisition] further positions Leidos for long-term growth in the maritime unmanned market—a market requiring tight integration of ship design and autonomy systems."

"The acquisition of Gibbs & Cox will extend our existing maritime business and add specific capabilities and services, such as naval architecture and marine engineering, 3D modeling and design and specialty engineering to the solutions set that we offer to our customers," Leidos chairman and CEO, Roger A. Krone, said during an earnings call. "In addition to being positioned on the front end of next-generation vessels, the business combination provides significant tailwinds for participation in the maritime unmanned market and accelerates Gibbs & Cox' expansion in the undersea domain."

"Gibbs & Cox is an exciting opportunity for us. We've learned a lot about autonomy and the Navy business. And in our MUSV program, I think we had a very, very competitive bid, but we didn't win. And as good as we were about the mission equipment on the autonomy, I think there were things that we learned in naval architecture and ship design, Krone said. "We're very excited about how Gibbs & Cox brings their capability around the design of the ship and the ship systems, and we bring, if you will, the mission equipment. And we're really excited about how that will fuel growth for our maritime business going forward."