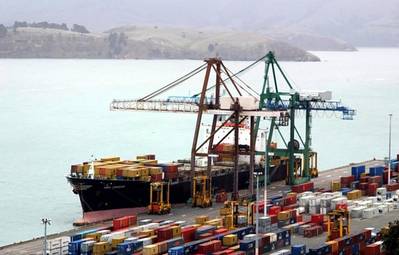 Globally, shipping is on the rise – already 80-90 percent of the world’s trade is by ship; that is more than 12 billion metric tons of goods annually, shipped by 1.5 million seafarers on 50,000 merchant ships. Without shipping, the import and export of goods on the scale necessary to sustain the modern world simply would not be possible.

Shipping is especially important to New Zealand, an island that relies heavily on its vibrant maritime sector.
“At least 97 percent of our trade is transported by sea – it is the crucial lifeline for our economy and way of life,” said Keith Manch, Director of Maritime New Zealand, who said the maritime industry is indispensable to the country.
“We are an island nation that is distant from the rest of the world and almost wholly dependent on efficient, competitive shipping to carry our trade,” Manch said. “Without it, our country simply could not function.”
According to Maritime New Zealand, foreign cargo vessels make almost 5,000 visits to the nation’s ports annually, with 11.4 million metric tons of oil and 4 million metric tons of freight transported around the New Zealand coastline each year. New Zealand’s 1,500-plus commercial fishing boats generate $1.6 billion in annual export earnings.
Cruise and passenger vessels also make up an important segment of New Zealand’s maritime business: each year, cruise ships make more than 500 visits to NZ ports, and some 5 million passengers use harbor and Cook Strait ferries.
These maritime activities – each essential to New Zealand’s vitality – are fueled by seafarers.
Worldwide, the maritime work force is rapidly aging, but the industry is increasing, Maritime New Zealand noted. Shortages of over 92,000 ships’ officers are expected by 2020.
The International Maritime Organization (IMO) is promoting the global significance of shipping, and more specifically the importance of seafarers, by marking the “Day of the Seafarer” on June 25. Maritime New Zealand, too, stresses the significance of its maritime workforce.
“Shipping does not happen without qualified, competent seafarers, and New Zealand seafarers are internationally respected and sought after. The qualifications they earn here are internationally transferrable and well-regarded by employers,” Manch said.
“Overall, I believe we have an important job to do promoting the maritime sector and helping people understand the opportunities it brings for New Zealand and New Zealanders.”