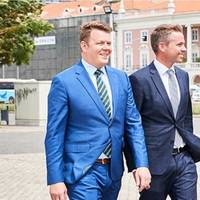 Danish bunker company Monjasa announced the opening of its first office in Luanda, Angola, to support the West Africa oil and shipping activities.Monjasa started supplying bunkers across West Africa in 2009 and since then, it has delivered a total of 10.6 million tonnes of fuel products across the region from the Gulf of Guinea to Namibia."Monjasa is currently enabling the IMO 2020 transition by making new low-sulfur marine fuel available across the region. Today, Monjasa is the leading supplier in West Africa measured on volume and a fleet of 10 tankers deployed in the region… 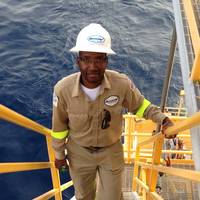 With a second Final Investment Decision (FID) in just 2 years, Mozambique has officially positioned itself as a key player in the global gas and LNG market for years to come.The latest FID on the US$20 billion Mozambique LNG project, makes it the largest sanction ever in sub-Saharan Africa oil and gas.Described by His Excellency President Nyusi as “one of the most important and transformational projects in the country’s history”, Mozambique LNG is set to be a game-changer for this East African nation of 31 million people.According to Wood Mac… 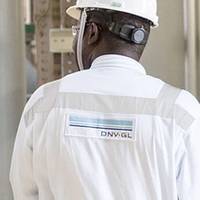 DNV GL has won a cross-service contract to support Shell's Penguins Field redevelopment on the UK Continental Shelf.The contract with Shell involves a team which will deliver an integrated verification and class project for the operator's Penguins floating production storage and offloading (FPSO) vessel.DNV GL is providing integrated Verification and Class services to the project. This will be led by a team in UK Oil & Gas, collaborating with the DNV GL Offshore Class unit in Norway and the DNV GL yard team in China and the Philippines.Justin Fletcher… 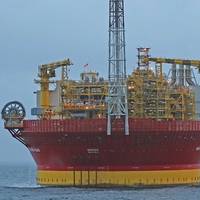 DNV GL has been supporting Dana Petroleum on the development of the Western Isles field and the Western Isles floating production storage and offloading (FPSO) vessel as it progressed towards first oil, which was achieved earlier this month. DNV GL has been engaged by Dana since 2012, as the classification society, verification body and marine warranty provider on the Western Isles FPSO, a Sevan Series 400 cylindrical monohull with a 44,000 bbl/d topsides facility. Uniquely, it is not only the first complete engineering procurement and construction (EPC) FPSO project constructed in China…

Egypt Weans Itself off Foreign Gas

Egypt seeking to defer up to 25 LNG cargoes this year-trade; talks with trade houses and producers ongoing. Egypt is holding talks with its liquefied natural gas (LNG) suppliers to defer contracted shipments this year and aims to cut back on purchases in 2018, as surging domestic gas production squeezes out demand for costly foreign imports. Cairo's desire for gas self-sufficiency by the end of 2018 bodes ill for traders having to reshuffle LNG out of the country amid concern over the impact on global gas prices if replacement markets for the world's eighth-biggest importer of the super-cooled fuel are not found fast enough. State-run importer EGAS aims to defer dozens of liquefied natural gas (LNG) cargoes due this year, analyst, trade and industry sources say.

Kenya on Saturday inaugurated the first part of a new container terminal at Mombasa which is expected to boost by 50 percent the volume of cargo handled by East Africa's largest seaport. Construction of the 30 billion shilling ($296.74 million)terminal began in March 2012 and was completed in February this year. The project was financed by a loan from Japan through the Japan International cooperation agency (JICA), and Kenya will repay the loan over a 40-year period. A gateway to East and Central Africa, the Indian Ocean port funnels imports of fuel and consumer goods as well as exports of tea and coffee from landlocked neighbours such as Uganda and Rwanda.

Iran, the United States and five other major powers reached an agreement to restrain the Iranian nuclear program in exchange for relief from economic sanctions. Q: Can you outline the timeline from here? "The P5+1 will now work on a UN resolution to endorse the deal; separately, domestic legislatures and other processes will review text, in the U.S, that includes a 60-day review period; 90 days from today the deal goes into implementation mode in which Iran does a number of nuke steps, and the P5+1 establish legal conditions for relief, but it doesn't get activated until the IAEA (International Atomic Energy Agency) issues a report verifying Iran did what it said it would do, which Secretary (of State John) Kerry put at about 6 months, and which I think is about right, as noted before.

GS Caltex to buy 920,000 barrels of West African crude; first West African shipment in almost a year. South Korea's GS Caltex Corp is set to receive its first shipment of West African crude in almost a year as the country looks to diversify supply away from the Middle East. The purchase will help soak up a glut of supply among West African producers, who have been hit as the U.S. shale oil boom curbs demand in what was once their main market and as OPEC Gulf states boost supply. Middle Eastern producers have raised their selling prices to Asia in recent months following solid demand in that region, prompting some buyers to try to broaden their sources of supply, with GS Caltex already turning to Mexico for crude.

CFO of Genel Energy to Retire

Julian Metherell has informed the board of Directors of Genel Energy plc of his intention to retire from the Company, with effect from the close of the Annual General Meeting on 21st April 2015. Julian Metherell's successor as Chief Financial Officer will be Ben Monaghan, who is currently the Head of Europe, Middle East and Africa oil and gas investment banking at J.P. Morgan. Ben has worked in the oil and gas team at J.P. Morgan for the last twenty years and has been involved…

Attacks against small tankers off South East Asia’s coasts caused a rise in global ship hijackings, up to 21 in 2014 from 12 in 2013, despite piracy at sea falling to its lowest level in eight years, the International Chamber of Commerce (ICC) International Maritime Bureau (IMB) has revealed. Pirates took 442 crewmembers hostage, compared with 304 in 2013. IMB’s annual piracy report shows 245 incidents were recorded worldwide in 2014 – a 44% drop since Somali piracy peaked in 2011. Somali pirates were responsible for 11 attacks, all of which were thwarted.

S.Africa wants 30 wells drilled in next 10 years; Total woes a setback to S.Africa exploration drive. French energy major Total has halted oil exploration off the southern coast of Africa due to mechanical problems with a rig, meaning it will not be able to resume searching in the area before 2016, a company official said on Tuesday. The news is a huge setback to South Africa's plans to have 30 exploration wells drilled in the next 10 years as the continent's most advanced economy strives to reduce its heavy reliance on imported oil. "Offshore repair was not possible," Guy Maurice, the company's senior vice-president for exploration and production in Africa, told delegates at an Africa oil and gas conference organised by Global Pacific & Partners.

South Africa wants to resume oil imports from Iran, once its biggest supplier, and hopes to resolve "sanction issues" that have blocked purchases within the next three months, its deputy foreign minister said on Tuesday. South Africa bought around 68,000 barrels of oil per day (bpd) from Iran in May 2012, a month before it halted crude purchases as Western countries pressured Tehran over its nuclear programme. That was well down from peak purchases in 2011. Africa's second biggest crude consumer imports around 380,000 bpd, with Saudi Arabia overtaking Iran as its biggest supplier in 2012 when Western sanctions increased. Nigeria, Angola and Ghana also sell South Africa oil.

Tullow Oil plc announces the successful results from a series of exploration, appraisal and testing activities conducted in Blocks 10BB and 13T onshore Kenya. The Etom-1 well in Block 13T is the most northerly well drilled to date in the South Lokichar basin, 6.5 km north of the previous Agete-1 discovery. The well encountered approximately 10 metres of net oil pay, extending the proven oil basin significantly northwards. Based on this result the ongoing 550 sq km 3D seismic survey in the South Lokichar basin has been extended to cover a further 247sq km in this northern area… 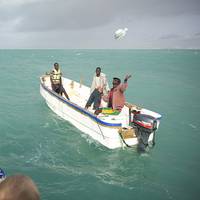 West Africa is experiencing a surge in piracy, with well-organised hijackers targeting the region's growing oil and gas industries, writes national security expert Dr James Jay Carafano in 'World Review'. Although efforts to combat crime at sea have been having an impact - for example hijackings off Somalia fell by half in 2012 compared with 2011 with only 14 ships successfully boarded - the International Maritime Bureau (IMB) reports a sharp rise in activity in West Africa in 2012 with 58 incidents off the Gulf of Guinea. 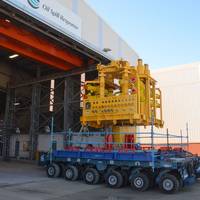 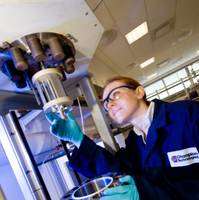 Specialist oilfield production chemicals company Champion Technologies has secured its first deepwater chemical management services contract in West Africa in an eight-figure deal over five years. The work involves a full suite of chemicals and associated support services for Noble Energy’s Aseng Field Development project in Equatorial Guinea, West Africa . The company plans to build a base in Luba’s Freeport Zone which will include office space, a fit-for-purpose laboratory, warehouse, and a blending facility. “This is a significant contact award for Champion Technologies.

The AP reported that ministers from across Africa's oil-rich Gulf of Guinea agreed at a U.S.-sponsored meeting Wednesday to establish surveillance systems to try to stamp out illegal activity in their largely unpoliced waters. Representatives from 11 agreed in a statement to start using tools such as radar and locator transponders on ships to monitor activity off their coasts. The statement was issued during a three-day meeting in Cotonou, Benin, sponsored by U.S. government agencies and military. The U.S. government has been pushing countries to increase security along the little-watched West African coast, an area of growing importance for U.S. oil interests amid volatility in the Middle East.

Nigeria, Libya and other African countries will supply 30 per cent of the world’s of Liquefied Natural Gas (LNG) by 2010, as against the present level of 12 percent, which the continent’s gas producers have been supplying. According to Nigeria Daily Independent, Africa had 50 million tones per year of LNG capacity at the end of 2005, with most of it in Algeria and Nigeria. African finds totaled nearly 25 percent of world liquids reserves discovered between 2000 and 2004 and 12 percent of world gas reserves discovered in the same period excluding the United States of American onshore and Canada. Companies in the region discovered 300 billion barrels oil equivalent. Two thirds of it liquids, in Africa, were discovered in 2004.

Militants holding nine foreign hostages in southern Nigeria attacked another oil facility today and blew up a military vessel in ongoing violence that has cut about 20 percent of crude production in Africa's oil giant. The Movement for the Emancipation of the Niger Delta attacked a Shell-operated pipeline switching station and a navy vessel in the oil-rich southern region. Nigeria is reeling from weekend attacks in which militants blasted pipelines and sabotaged a key oil loading terminal belonging to Royal Dutch Shell, forcing the company to halt the flow of about 455,000 barrels a day. (Source: Scotsman)

For the 35th year, the Offshore Technology Conference (OTC) brings together attendees from around the world to "Envision, Enable and Enact." The event takes place 5-8 May at Reliant Center in Reliant Park, Houston. OTC .03: Envision. Enable. Enact. exemplifies the development of new technologies and innovations over the past 35 years of OTC. "I have attended OTC for the past 30 years," said Robert Snyder, Executive Engineering Editor for World Oil magazine. "The technical conferences and exhibits have always documented the industry's progress from its shallow water beginning to its major international offshore presence. OTC .03 promises to deliver four days of the latest technologies in the global offshore industry.