Chariot Oil & Gas Limited, the Atlantic margins focused oil and gas exploration company, today announces that in conjunction with its partners AziNam (20%), NAMCOR (10%) and Ignitus (5%), it has commenced a 3D seismic acquisition survey of approximately 2,600 square km in Blocks 2312 & 2412A (the "Central Blocks") offshore Namibia. The survey is being conducted by PGS Exploration (UK) Limited and will fulfil the work commitment for the Central Blocks. Following the analysis of its survey of approximately 1,700 line km of 2D seismic data acquired on the north western flank of the licence in 2015, the Company has identified several significant additional leads within the Upper Cretaceous deep water clastic turbidite system. 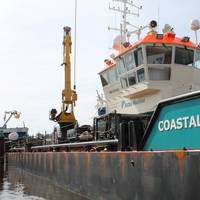 Alphatron Marine announced it has signed a leasing agreement with Acta Marine for to provide satellite hardware and data solution packages for 13 vessels. Alphatron Marine’s VSAT system including Wireless access will be integrated into the IT infrastructure on the Acta Marine fleet of Multicats, Tugs and Shoalbusters, enabling an unlimited dataflow for both operations and crew welfare. The vessels will use Alphatron Marine’s new global iDirect platform, the first installation was done just one week after signing the contract on board Coastal Chariot… 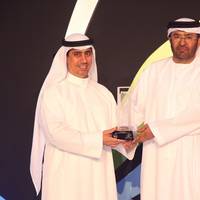 Drydocks World and Maritine World, international service provider to the shipping, offshore, oil, gas and energy sectors, have been recognized at the ADNOC HSE awards for bringing safety and environment benefits to the industry in partnership with the National Drilling Company (NDC). The award ceremony was held at the InterContinental Hotel in Abu Dhabi on April 21 with numerous national companies in attendance such as ADGAS, ADNATCO-NGSCO, ZADCO, NDC and GASCO. Drydocks World…

Chariot to Farm-out with Woodside

Chariot Oil & Gas Limited, the Atlantic margins focused oil and gas exploration company, reports that, as detailed in the announcement of 4 July 2014, the farm-out signed between its wholly owned subsidiary, Chariot Oil & Gas Investments (Morocco) Ltd. and a wholly owned subsidiary of Woodside, Australia's largest independent oil and gas company, has been approved for the Rabat Deep Offshore permits I-VI by the Moroccan authorities. As part of the farm-out agreement, Woodside committed to pay 100% of the 3D seismic acquisition and processing costs incurred across the licence by Chariot, other back costs and in addition agreed to carry Chariot on future work up to an agreed cap, including a multibeam side-scan sonar and seabed coring survey.

Chariot Oil & Gas Limited, the Atlantic margins focused oil and gas exploration company, today announces its unaudited interim results for the six month period ended 30 June 2014. o  Additional partnering process underway aiming to fully cover seismic costs. Larry Bottomley, CEO of Chariot, commented,  "Chariot has had a very productive year to date, securing partners in Morocco and Brazil, successfully completing our Placing, as well as renegotiating our licence positions in Namibia. We are now in a strong financial position whereby we are able to accelerate our work programmes, pursue new opportunities and take our partnering processes forward from a position of strength.

Chariot Oil & Gas Get Licences for 3 Blocks in Namibia

Namibian Portfolio. In an update it informed about its Namibian portfolio, its repositioning in the region and forward work programmes across these licences. These steps improve Chariot's negotiating position in partnering discussions and provide further commercial optionality. The move also aligns this part of Chariot's portfolio with its strategy of being a fast follower and managing risk whilst retaining significant equity and acreage positions. In line with this strategy, Chariot will aim to proceed towards the drilling phase across its Namibian acreage following appropriate geological and financial de-risking. Within the Central blocks…

Chariot Oil & Gas Limited, the Atlantic margins focused oil and gas exploration company, announced that its wholly owned subsidiary, Chariot Brasil Petróleo e Gás Ltda., has signed a farm-out agreement with AziLat Limited  through its local subsidiary AziBras Exploração de Petróleo e Gás Ltda. Following completion of this agreement, which is subject to the approval of the Brazilian authorities, AziLat will hold a 25% equity interest in Chariot's BAR-M-292, BAR-M-293, BAR-M-313 and BAR-M-314 blocks in the Barreirinhas Basin, in return for paying 50% of the 3D seismic acquisition and processing costs to be incurred across these blocks. Chariot will remain Operator with a 75% equity interest. AziLat is a subsidiary of the Azimuth Group.

Chariot Oil & Gas Limited (AIM: CHAR), the Atlantic margins focused oil and gas exploration company,  informed that its wholly owned subsidiary, Chariot Oil & Gas Investments (Morocco) Ltd., has signed a farm-out agreement with a wholly owned subsidiary of Woodside, Australia's largest independent exploration & production company. Following completion of this agreement, which is subject to the approval of the Moroccan authorities, Woodside will hold a 25% equity interest in the Rabat Deep Offshore permits I-VI, Morocco, in return for paying 100% of the 3D seismic acquisition and processing costs incurred across the licence by Chariot, as well as all back costs and a carry on planned multibeam side-scan sonar and seabed coring. 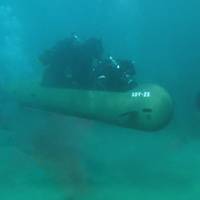 However reintegration of capabilities is presenting new challenges in the design, manufacture and integration of sub-sea and surface systems for maritime Special Forces. James Fisher Defencehas stated that navies around the world are now seriously addressing the need to re-develop their skills in the use of maritime warfare, specifically in relation to maritime Special Forces and strategies for operations and intelligence gathering. This is leading to new challenges in how sub-sea and surface systems are designed, manufactured and integrated.

Chariot Oil & Gas Limited (AIM: CHAR), the Atlantic margins focused oil and gas exploration company, announced today the completion of its 1,700km2 3D seismic survey across its areas of interest offshore Morocco (Chariot 75% (Operator), ONHYM 25% (carried interest). The survey, encompassing ~1,075km2 in Rabat Deep, ~250km2 in Loukos Offshore and ~375km2 in Mohammedia Reconnaissance, will enable the Company to mature drillable prospects in the Mio-Pliocene and Jurassic plays identified within this region on reprocessed legacy 2D data. Following processing, Chariot will interpret this new data which is expected to be completed by year end 2014, with a resource update to be published thereafter.

Recognizing the Arctic is changing rapidly the Summit convenes decision-makers on infrastructure investment, natural resources, policy and security. Rapid change in the Arctic due to melting sea ice brings new opportunities and challenges. To address the complex Arctic agenda, an influential mix of international, U.S. and local leaders will convene at the second Arctic Imperative Summit, August 24–27, 2012, in Anchorage and Girdwood, Alaska. With a mission to sharpen the world's focus on the short-term opportunities and long-term challenges of Arctic development, the Summit features a multidisciplinary group of experts. By engaging with decision-makers from all sectors, Arctic leaders will be in a stronger position to influence responsible development decisions on their shores.

The share price of African focused oil and gas exploration company, Chariot this week took a major tumble after the explorer announced that it had found no oil off the Namibian coast, according to an All Africa news report. Chariot's share price fell on Monday to a yearly low of 75 pounds upon confirmation that no commercial hydrocarbons were found in the Tapir South exploration well in Northern Block 1811A and the well will be plugged and abandoned. The first well of Chariot's four to five well drill programme, Tapir South was rated as having a 25% chance of success and was targeting resource potential of some 604 million barrels of oil.

Liftboat Drills Deep off Namibia on the African Coast

Chariot Oil & Gas Limited confirms that the Tapir South (1811/5-1) exploration well in Northern Block 1811A in the Namibe basin offshore Namibia has reached a total depth of 4,879 metres TVDss. The well was drilled by the Mærsk Deliverer semi-submersible drillship in 2,134 metres of water and operated by Chariot's wholly owned Namibian subsidiary, Enigma Oil & Gas (Pty) Limited. Preliminary logging results indicate that, although excellent reservoirs were penetrated, no commercial hydrocarbons were found and the well will be plugged and abandoned. The well encountered 173 metres of net reservoir sand of Cretaceous age, including two zones in excess of 30 metres with average porosities of 24% and evidence of good permeabilities.

Charter of 'Maersk Deliverer' to Chariot Oil & Gas to yield handome profit for Maersk Drilling Chariot’s wholly-owned subsidiary Enigma Oil & Gas has chartered the rig for two months to drill a single well on the Tapir South prospect, off Namibia. The Maersk Deliverer is an ultra-deepwater semi-submersible drilling rig, capable of operating in water depths of 10,000 feet and drilling to a depth of up to 30,000 feet. The rig has been operating off West Africa since Maersk took delivery in 2010 and most recently at the Narina-1 wildcat on Block LB-9, off Liberia struck oil.

1908- Secretary of Commerce and Labor was authorized to patrol regattas and transfer that authority to another Department if need be. Thus the Revenue Cutter Service became the primary federal agency that patrolled regattas. 1918- CGC Seneca saved 81 survivors from the torpedoed British naval sloop Cowslip while on convoy route to Gibraltar. Cowslip was attacked by three German U-boats. 1993-Coast Guard PACAREA LEDETs, operating from the USS Valley Forge and USSCleveland, boarded the St. Vincent-flagged 225-foot freighter Sea Chariot about 300 miles southwest of Panama. The boarding team discovered bales of cocaine in some of the containers aboard and then seized the vessel.

1908- Secretary of Commerce and Labor was authorized to patrol regattas and transfer that authority to another Department if need be. Thus the Revenue Cutter Service became the primary federal agency that patrolled regattas. 1918- CGC Seneca saved 81 survivors from the torpedoed British naval sloop Cowslip while on convoy route to Gibraltar. Cowslip was attacked by three German U-boats. 1993-Coast Guard PACAREA LEDETs, operating from the USS Valley Forge and USS Cleveland, boarded the St. Vincent-flagged 225-foot freighter Sea Chariot about 300 miles southwest of Panama. The boarding team discovered bales of cocaine in some of the containers aboard and then seized the vessel.

Chariot Oil & Gas Ltd  reported that on block 2714A, offshore Namibia, another seismic program has started. Enigma Oil & Gas Exploration (Pty) Limited, the company's wholly owned subsidiary, has agreed to the programme after the farm-out with Petrobras recently. Petrobas will pay 50% of the costs of this survey and will help acquire another 1,500 sq km of 3D seismic on the block. External seismic data will be provided by CGGVeritas, a geophysical services group and the data acquisition will take about three months, thereafter it will be processed and interpreted. The previously acquired 3D seismic is also being processed by CGGVeritas.

Three fishermen from Orange Beach, Ala. were rescued early Thursday morning from the frigid waters of the Gulf of Mexico, after their 46 ft. Bertram sportsfishing vessel sunk for unknown reasons. Temperatures were well below freezing, but luckily for the men C-CHARIOT, a 220-ft. offshore supply vessel owned and operated by Edison Chouest Offshore, happened to be located only a mile from their location when disaster struck. According to David Kent, the captain of the fishing vessel Cat Man Dex, a favorable weather report prompted their late night fishing expedition. At approximately 12:59 am, their engine room began to take on water for unknown reasons.