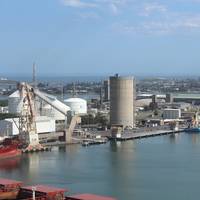 Australia’s new east coast supply chain alternative Port of Newcastle has marked an important milestone in the development of the Newcastle Bulk Terminal.A press release from the company said that the dismantling of the old ship unloaders is now complete, with bulk cargo hoppers now in place to provide continuity of trade while the new ship unloader and conveyor system is constructed.The old ship unloaders at the Kooragang 2 berth have been a feature of the Walsh Point precinct since 1968. 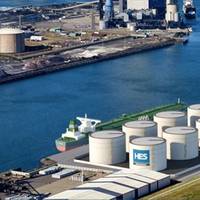 Riverstone Holdings and The Carlyle Group jointly announce that  they intend to sell HES International to a consortium of Macquarie Infrastructure and Real Assets (MIRA) & Goldman Sachs. Macquarie European Infrastructure Fund 5, which is managed by MIRA, and West Street Infrastructure Partners III (WSIP), which is managed by the Merchant Banking Division of Goldman Sachs, have reached an agreement in principle with Riverstone Holdings and The Carlyle Group to acquire HES International.

Mouvex, part of PSG, a Dover company and manufacturer of positive displacement pumps, is celebrating its 110-year anniversary in 2016. Headquartered in Auxerre, France, Mouvex was founded in 1906 by engineer André Petit when he identified the challenges that gear and lobe pump users were facing in optimizing their process and invented the eccentric disc pump as a result. Since that time, Mouvex has become a worldwide leader in positive displacement pumps and compressors for the transfer of liquids and dry bulk products within the hygienic, chemical, energy, military and transport industries. Mouvex became part of PSG in 2008, and now has operations on five continents with a global network of distributors and original equipment manufacturers.

Investment of more than £4 million in a purpose-built facility for the storage of dry bulk cargoes has given Associated British Ports’ (ABP) Port of Hull a pioneering multi-purpose warehouse facility which will be used to store biomass. The building, which took almost a year to construct, boasts a range of features which makes it the only one of its kind in operation in the UK. ABP Dry Bulks Manager, Craig Barbour said: “ABP really is leading the way in wood pellet storage in the UK following the £130 million investment in dedicated handling facilities in both Immingham and Hull. 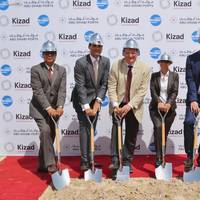 Abu Dhabi Ports celebrated the groundbreaking of Schmidt ME Logistics’ new facility in Khalifa Port’s industrial, trade and logistics zone, Kizad. The ceremony officiated by Dr. Wolfgang Hoppmann, CEO of Schmidt ME Logistics along with senior representatives from both companies took place on May 27, 2015. Schmidt ME Logistics specializes in the packaging, product handling and intermodal transportation of dry bulk products in addition to providing services to include patent technologies exclusive to Schmidt Logistics. 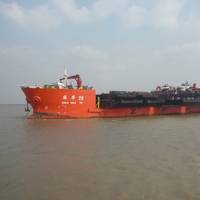 To maintain the continuous availability of its wide range of built-for-stock vessels, Damen Shipyards Group is currently shipping a diverse cargo of 16 new pontoons and tugs, as well as numerous modular barges, from China to the Netherlands. The latest shipment represents cooperation between Damen’s various product divisions and numerous local partners in China, the shipbuilder said. To perform the shipment, Damen mobilized ZPMC’s Zhen Hua 28. The 232-meter semisubmersible vessel left Nantong, China at the beginning of January and is due to arrive in Rotterdam at the beginning of March. 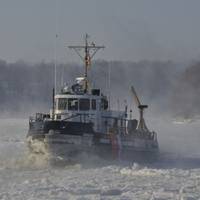 The U.S. Coast Guard's (USCG) winter icebreaking season has officially kicked off in the Northeast, starting December 15 and running through March. OP RENEW is the USCG's region-wide effort to ensure Northeast communities have the security, supplies, energy and emergency resources they need throughout the winter. Coast Guard units throughout the Northeast have been busy preparing for Operation RENEW by conducting training operations and prioritizing efforts. They are also replacing aids to navigation with special aids designed to ride underneath ice floes and remain on location. 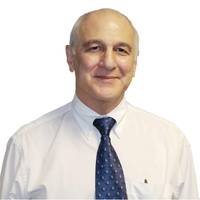 Inchcape Shipping Services (ISS)  has announced a key hire in its Cargo Solutions division. Vincent Mazzone, a dry bulk supply chain and risk management professional, has been appointed to the newly created Geneva-based role of Vice President Cargo Solutions Business Development. Mazzone joins ISS following a career in dry bulk products including coal, ore, non-ferrous concentrates and fertilizers. Working for SGS, Koch Carbon LLC and most recently as a consultant, he has for over 30 years provided supply chain management services for buyers…

PD Ports has been shortlisted for the International Bulk Journal Awards 2009, in the category of Best Ship Loading/Unloading System. The awards, which take place in Amsterdam on 23rd November, will see PD Ports compete against four other entries, which include U.S. construction company Agrico Sales and German mobile pneumatic conveyors manufacturer Neuero. PD Ports is the only UK finalist in its category and has been shortlisted on the basis on the installation of the Siwertell equipment at Immingham. The Siwertell 5000s offers the bulk market an environmentally friendly solution for discharging dry bulk products such as cement, grain and fertilizers, due to its ability to minimize dust emissions. This is achieved through the equipment’s totally enclosed conveying line.

The offshore supply vessel market remains as competitive as ever, with companies attempting to lure customers with the best possible value for their day rates and other appealing offers. Hornbeck Offshore Services Inc., Mandeville, La., found a simple answer to stay ahead of the competition: build a well-designed fleet and equip it with the best technology you can afford. "It's that simple," says Carl Annessa, Hornbeck vice president of operations. "Customers want to contract boats that get the job done for the best value. Hornbeck Offshore owns a fleet of seven offshore supply vessels (OSVs) that are contracted to oil companies for oil exploration and production services, as well as drill rig support in deep water.