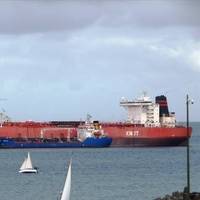 On Aug. 21, a tanker called the Otoman docked at the Jose oil terminal on Venezuela’s coast in the Caribbean to load 1.82 million barrels of heavy crude, according to the state oil company’s internal documents.Yet no tanker with that name is registered in major global shipping databases.Muddying the situation further, the unique identifier for the Otoman listed in the documents - a number used by the International Maritime Organization to identify ships - was assigned to another tanker called the Rubyni, according to the databases.The Rubyni was broken up two years ago, they record. 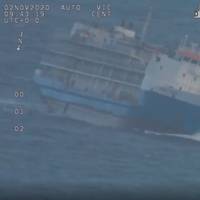 A Marshall Islands flagged livestock carrier listing from hull damage off Australia's western coast was directed to the Port of Geraldton.On Monday night, the Australian Maritime Safety Authority (AMSA) tasked its Challenger search and rescue jet to fly over the vessel Barkly Pearl, and it was able to confirm damage to the starboard side of the vessel, which was listing to port.AMSA General Manager of Response Mark Morrow said there were significant concerns for the integrity of the vessel and its ability to safely reach Indonesia, its planned destination. 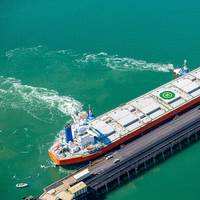 Australia is investigating media reports that China has stopped taking its coal shipments, Prime Minister Scott Morrison said on Tuesday, adding that such import quotas to support China's market were "not uncommon".Trade industry reports late last week suggested that some Chinese ports had been told not to accept Australian thermal and metallurgical coal, and that Australian shipments were being sold along to other markets at the last minute.China's imports of coal had been expected to slow in the second half… 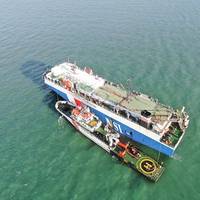 An Indonesia-flagged car carrier operated by the NYK Group company PT. NYK-SPIL INDORORO, rescued eight fishermen in distress at the Strait of Malacca last week.The 100-meter roll-on, roll-off (RoRo) ship Kalimantan Leader was sailing from Belawan, Indonesia, to Jakarta, on September 23 when its crew spotted eight fishermen in the water after their vessel sank.The merchant vessel rescued the distressed fishermen immediately, and the eight men were transferred in to an Indonesian Coast Guard vessel on September 24 off Batam Island, Indonesia. All are said to be in good health.(Photo: NYK Group) 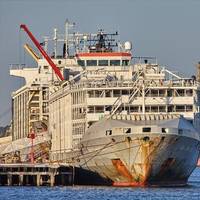 A crewman from a cattle ship that capsized enroute from New Zealand to China has died after being pulled unconscious from water by the Japanese coastguard on Friday, while it emerged the vessel had a history of mechanical issues.The unidentified man was only the second crewman to be found. The search is still on for the remaining 41 crew members after the ship carrying 6,000 cattle capsized in the East China Sea on Wednesday.Rescuers also found a life jacket and cattle carcasses… 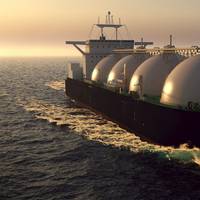 Asian spot liquefied natural gas (LNG) prices hovered above $4 per million British thermal units (mmBtu) this week as cargo loadings from the United States were delayed due to a powerful hurricane.The average LNG price for October delivery into northeast Asia <LNG-AS> was estimated at about $4.05 per mmBtu, down five cents from the previous week.Loadings of LNG cargoes from the U.S. have been delayed following Hurricane Laura, which made landfall early Thursday near the Texas-Louisiana border and is one of the most powerful storms to ever hit the region.U.S. 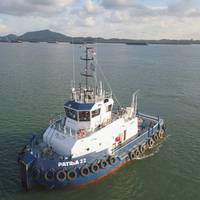 The first in a series of at least three OSD-IMT7402 shallow draft tugs has been delivered to PT Patria Maritime Lines based in Cikarang, Indonesia. It was built at PT Patria Maritim Perkasa (subsidiary of PT United Tractors Pandu Engineering) shipyard in Batam, and is now on its way to Banjarmasin, South Kalimantan.The 20 tonnes bollard pull, shallow draft, conventional tug is equipped to assist 300 foot barges berthing and unberthing and for towing these barges along the Barito river in the South Kalimantan area of Indonesia. 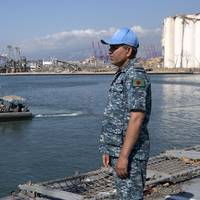 At the time of writing at least 100 people have lost their lives and a further 4,000 have been wounded following an explosion in the Port of Beirut. While the actual cause remains uncertain, the tragedy calls to attention the tremendous consequences of a lack of port security.The explosion, on August 4, at around 6 p.m. local time, appears to have been fueled by 2,750 tons of the highly reactive chemical ammonium nitrate. The chemical had been the cargo on a ship, the the MV Rhosus, which entered the port at Beirut in 2013 due to a lack of seaworthiness and was prohibited from sailing. 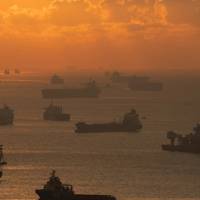 The number of reported attacks against ships has doubled in Asia over the first half of 2020, elevating security concerns for mariners across the region.A total of 51 cases of piracy and armed robbery against ships (including 50 actual incidents and one attempted incident) were reported in Asia from January through June 2020, up from 28 incidents (25 actual and three attempted) during the same period for 2019, according to ReCAAP Information Sharing Center's (ISC) latest half-yearly report.A growing number of attacks occurred in one of the world's busiest shipping lanes… 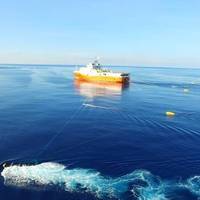 The United States this week hardened its position on the South China Sea, where it has accused China of attempting to build a "maritime empire" in the potentially energy-rich waters, despite regional concerns.The rivals have accused each other of stoking tension in the strategic waterway at a time of strained relations over everything from the new coronavirus to trade to Hong Kong.A statement from U.S. Secretary of State Mike Pompeo on July 13 was the first time the United States… 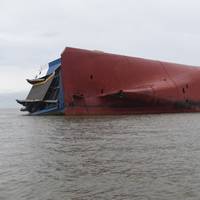 The record low 41 large shipping losses worldwide in 2019 represents a 20% improvement year-on-year and almost 70% over a decade, but the coronavirus crisis could endanger the long-term safety improvements in the shipping industry for 2020 and beyond, as difficult operating conditions and a sharp economic downturn present a unique set of challenges, according to recent report from marine insurer Allianz Global Corporate & Specialty (AGCS).Consequences of coronavirus and a sustained… 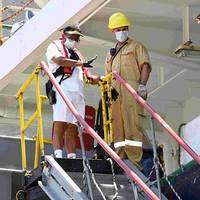 A dozen countries have have committed to facilitate crew changes and achieve key worker designation for seafarers, following a virtual ministerial summit hosted by the U.K. government on Thursday, marking progress to help resolve a growing crisis facing the maritime industry, and enable hundreds of thousands of stranded seafarers to go home or join ships.“The inability of ship operators worldwide to conduct ship’s crew changes is the single most pressing maritime operational challenge to the safe and efficient movement of global trade… 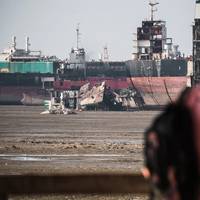 Engineering X – an international collaboration founded by the Royal Academy of Engineering and Lloyd’s Register Foundation – has awarded nearly £1 million ($1.2 million) in grants to six projects in the U.K. and overseas aimed at tackling the complex social, environmental and engineering challenges of decommissioning ships and offshore structures.From training to improve worker safety in ship recycling facilities in Bangladesh, to assessing the risks of structural failure of decommissioned offshore structures… 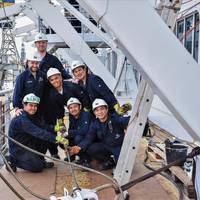 Most cruise lines’ operations are now suspended but at the beginning of the year, BSM Cruise Services’ managed ships were deployed all around the world.Martin Springer, Managing Director BSM Cruise Services explains that, while all BSM’s managed vessels have advanced procedures and contingency plans in place for any crisis, the COVID-19 pandemic has been an extreme situation.But he continues; “BSM Cruise Services’ commitment to building long-lasting customer relationships and… 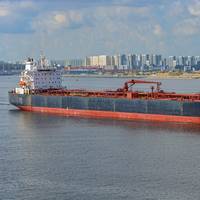 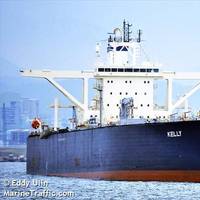 Tankers carrying nearly two months worth of Venezuelan oil output are stuck at sea as global refiners shun the nation’s crude to avoid falling foul of U.S. sanctions, according to industry sources, PDVSA documents and shipping data.Washington is tightening sanctions to cut Venezuela’s oil exports and deprive the government of socialist President Nicolas Maduro of its main source of revenue.The OPEC member’s exports are hovering near their lowest levels in more than 70 years and the economy has collapsed, but Maduro has held on - to the frustration of the administration of U.S. 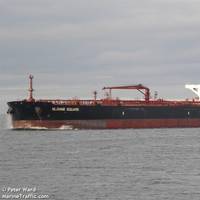 Two of six tankers used to store gasoline in Asia have arrived in Indonesia, with shipments into Asia's largest petrol importer expected to rise this month versus May as Pertamina replenishes stocks, according to industry sources and Refinitiv shipping data.Indonesia's fuel demand slumped in the second quarter and inventories rose after the government imposed measures to curb the coronavirus, prompting companies to store gasoline onboard ships off Singapore and Malaysia.The tankers - Aframax-sized Sloane Square… 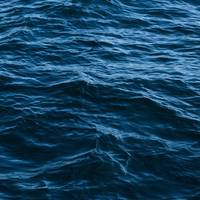 Indonesian authorities are considering two companies’ requests to dispose mining waste into the ocean, a senior government official said on Sunday, at a time of heightened sensitivity about the environmental impact of mining.The requests come as mining waste management is increasingly scrutinized after a nickel plant in neighboring Papua New Guinea spilled red mud into the sea last year due to an operational failure.Indonesia was a major nickel ore exporter until last year, before… 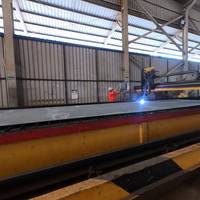 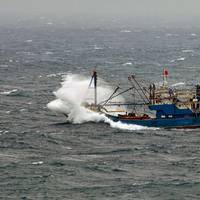 Indonesia has summoned China’s ambassador to clarify the deaths of four Indonesian crew from two Chinese-flagged vessels, Indonesia’s foreign ministry said, after rights groups alleged the crew were mistreated and exploited.The ministry issued a statement after a video was circulated on social media, appearing to show a burial at sea aboard a Chinese-flagged ship. The footage showed a group of men praying around an orange body bag before it was tossed into the ocean.A Chinese… 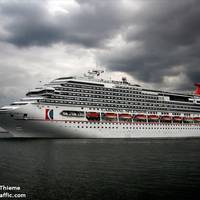 In the past few weeks, Manila Bay in the Philippines has been transformed into the world’s biggest parking lot for cruise ships, none of which have any guests.More than 20 vessels collectively weighing about 2 million tonnes are clustered off the coast of the capital, awaiting coronavirus clearance for more than 5,300 Philippine staff to return home from abandoned cruises, with no guarantee of a job at sea again.More ships are set to join the flotilla, says the coast guard, which has been shuttling between ships to administer 4… 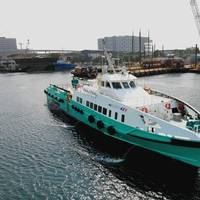 Following a testing and evaluation program, Singapore-based Penguin International Ltd. has selected SCHOTTEL’s Tunnel Thruster STT 51 FP for its flagship Flex-42X series of eight executive fast crew boats. Penguin is a designer, builder, owner and operator of high-speed crafts as well as a prolific builder of mid-sized crew boats and armored security boats for sales and charter. With a 95 kW electric motor controlled by a variable frequency drive, the STT will be installed in… 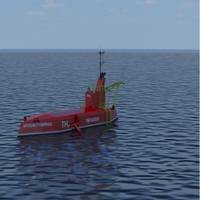 UK-based HydroWing and Dutch tidal energy developer Tocardo are working on a solution that will convert tidal energy into hydrogen, store it and offload it - similar to an FPSO in the oil and gas industry - to overcome the intermittency as well as the transportation issues.The concept called the THyPSO (Tidal Hydrogen Production, Storage and Offloading) includes a floating platform housing 1 – 6 conventional bi-directional tidal turbines converting the tidal flows into electricity…