Japanese public multinational corporation Kawasaki Heavy Industries (KHI) has completed the construction of a new dock in northeast China, as the company streamlines costs amid competition from South Korean rivals.According to a press note from the manufacturer of ship and offshore structure, KHI started construction of the first ship at this new dock at Dalian COSCO KHI Ship Engineering (DACKS) in Dalian City, Liaoning Province, China.DACKS is jointly operated by Kawasaki and China COSCO Shipping Corporation Limited (China COSCO Shipping)… 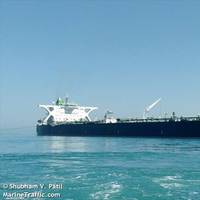 A vessel carrying 2 million barrels of Iranian oil discharged the crude into a bonded storage tank at the port of Dalian in northeast China on Monday, according to Refinitiv Eikon data and a shipping agent with knowledge of the matter.Iran, the third-largest producer in the Organization of Petroleum Exporting Countries (OPEC), is finding fewer takers for its crude ahead of U.S. sanctions on its oil exports that will go into effect on Nov. 4. The country previously held oil in…

China National Petroleum Corp (CNPC) shipped a 60,000-tonne cargo of diesel in late May destined for Brazil, the Chinese major's first move of the refined fuel in a shipment of this size to the Americas, an inhouse newspaper reported on Monday.Chinaoil, CNPC's trading unit, has shipped nearly one million tonnes of diesel to Latin America since 2015, but mostly with medium-ranged tankers able to carry about 40,000 tonnes, the report said.The shipment to Brazil was loaded with production from Liaoyang Petrochemical Corp, a subsidiary refinery of CNPC, at Bayuquan port in Liaoning province in northeast China, according to the newspaper.CNPC aims to further explore the arbitrage opportunities and expand market share in South America, the report said, adding that larger shipments would help cut

The sinking of a cruise boat on China's Yangtze River is likely to mar the country's generally clean maritime safety record, which hasn't suffered an incident of this magnitude since a passenger steamship blew up almost 70 years ago. The Eastern Star, which was carrying 458 people, capsized in a storm late on Monday, state media said, with those on board ranging in age from three to more than 80. Six bodies have been found and over a dozen people rescued, but more than 430 are still unaccounted for. The incident comes after China has beefed up maritime safety regulations in recent years, with authorities becoming even more stringent after last year's South Korean ferry disaster that killed more than 300 people, industry insiders said.

Six affiliated companies of STX Dalian Shipbuilding, China's largest wholly foreign-funded shipbuilding company, are to start bankruptcy reorganization procedures, reports Xinhua, citing a court statement in Dalian City in northeast China's Liaoning Province. STX Dalian Shipbuilding is the Chinese unit of STX Group, one of the world's top five enterprises in the shipbuilding industry. The court indicated to Xinhua that, due to their inability to pay off their debts before the due date, the companies had filed a bankruptcy reorganization plan with the court. 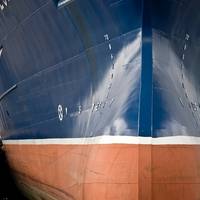 According to Li Enhong, director of merchant seamen management at the Ministry of Transport, colleges are able to produce only a few thousand merchant sailors every year, far short of what is needed. More than 10,000 graduates who studied non-maritime majors have joined the merchant fleet since 2006, thanks to training offered as part of a government program to support the shipping industry. "We realize the serious problems caused by the shortage of seamen, and it may restrain trade," Li told China Daily. China's trade has been developing rapidly since entry into the World Trade Organization, and this requires an increasing number of merchant seamen. Foreign trade passed $3.6 trillion last year, an increase of 22.5 percent, according to the General Administration of Customs.

So far, PSA has invested in two of the port's container terminals, namely Tianjin Port Pacific International Container Terminal (TPCT) and Tianjin Port Alliance International Container Terminal (TACT). These two facilities have a total of 10 berths that can handle the biggest containerships. This makes "Tianjin Port one of the preferred ports of call for mega containerships in the northeast Asia region," said the joint statement. Said TPG president Tian Chang Song: "Both organisations recognise the tremendous potential of Tianjin Port as a major container hub in the Bohai Rim to support the further development of industries and hinterland investments in northeast China. 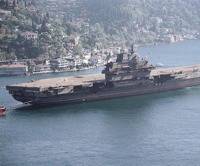 Xu Hongmeng, deputy commander of the Navy of the Chinese People's Liberation Army, said the PLA plans to put the carrier, which has undergone four sea trials into service this year. The former Varyag, which is docked in Dalian Port, in Northeast China's Liaoning province, is currently equipped with life-size model planes. China's first aircraft carrier, a retrofitted former Soviet vessel, set out on its maiden voyage on Aug 10 and returned to port five days later. It underwent three more sea trials in the Pacific.

Pusan Newport Co, Ltd. (PNC), scheduled to be the largest single terminal in Korea, has taken delivery of its first terminal equipment. The double cantilever Rail Mounted Gantry Crane marks the commencement of many more such deliveries. This arrival is the first of a total order of 81 units that are being constructed at Doosan Heavy Industries and Construction Company’s facility in Korea. The RMGC’s handle 9 rows with a stacking height of 6 containers and a lifting capacity of 65 LT. The semi-automated cranes will be equipped with GPS and trailer positioning systems along with safety features for the protection of trucks. PNC is scheduled for opening in January of 2006 with the first three container berths of 350 m each.

Cosco Group, China's shipping conglomerate, signed a deal with Japan's Kawasaki Heavy Industries Ltd to build a shipyard in northeast China. Cosco would control 70% of the facility, which would cost $500m in its first phase, and the Japanese heavy machinery maker would hold the remainder. Source: Malaysia Star

Rescuers searched for 16 missing crew members of a South Korean cargo vessel that sank after colliding with a Chinese freighter in heavy fog in waters off northeast China, according to a report on www.leadingthecharge.com. The crew of the Chinese ship — the 4,800-ton JinSheng — were unharmed and returned safely to Dalian, a coastal city in northeastern Liaoning province, where they reported the incident to Chinese authorities about seven hours after the collision, it was reported. South Korea’s coast guard reportedly sent a telegram to Chinese maritime authorities demanding a thorough investigation into why there was a delay in reporting the accident, and proposing a joint rescue operation. (Source: www.leadingthecharge.com)

China's largest ever maritime search-and-rescue exercise, involving 400 people, 28 fleets, two helicopters and an aircraft, was carried out on Thursday in the waters near Dalian Port, northeast China's Liaoning Province. The exercise started when a collision between a passenger ferry and a cargo boat was reported and the National Maritime Rescue Emergency Plan was enacted immediately. The main elements of the exercise, including the rescue of 368 passengers and dozens of sailors, fire-fighting and cleaning up an oil spill, were completed in 90 minutes. By involving 24 departments including the maritime department, the rescue department and the navy…

The Hanjin Oslo sailed into the harbor of Pusan Newport becoming the first container vessel to arrive at the new Mega Hub. The 279 meter vessel’s arrival was a commemorative event carrying 45 distinguished passengers on a short voyage from the old Busan port to the new state-of-the-art Pusan Newport facility. Passengers included the Minister of Maritime and Fisheries (MOMAF), the President of Busan Port Authority, PNC executives, Pilot Association President, Tugboat Association President, Busan Port Union President, National Maritime Union President and other government officials. The Hanjin Oslo arrived carrying guest in order to showcase the harbour and facility which is engineered for safe and efficient vessel navigation.