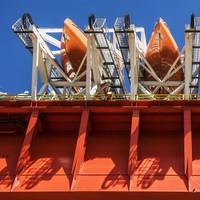 The Norwegian Competition Authority has rejected the proposed merger between Scandinavian offshore accommodation/construction support providers Prosafe and Floatel.Oslo-listed accommodation services player Prosafe in a press release said that it will study the decision in detail, and expects to decide on whether to appeal shortly and within the deadline within three weeks.The company owns and operates semi-submersible accommodation vessels operating at present in the North Sea…

Acquisition of Nor Lines Rejected 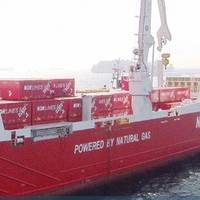 The Norwegian Competition Authority has today rejected Eimskip’s acquisition of the Norwegian shipping and logistics company Nor Lines AS. The result of this decision is that Eimskip is not allowed to acquire Nor Lines. The potential acquisition of Nor Lines was not taken into account in the EBITDA forecast for the year 2017, and therefore this decision has no effect on that forecast. Acquisition cost in year 2017 related to this project is estimated EUR 300,000 which will be expensed in the first quarter 2017. 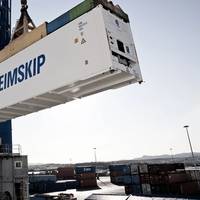 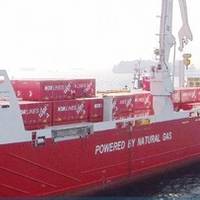 Iceland-based Eimskip has agreed to acquire Norwegian shipping and logistics company Nor Lines. According to Eimskip, the operation of Nor Lines has been challenging in recent years and the business will be restructured in order to improve the firm’s services. In a press release on November 16th, Eimskip stated: " With reference to a press release from Eimskip dated 2 November, the company emphasizes the following: Eimskip has entered into an agreement to acquire the Norwegian shipping and logistics company Nor Lines.

Eimskip to Acquire Nor Lines 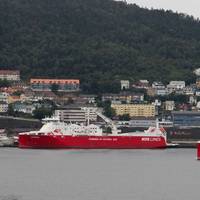 Eimskip has entered into an agreement to acquire the Norwegian shipping and logistics company Nor Lines. The business, with about 200 employees and an estimated annual turnover of approximately EUR 110 million, will be restructured in order to be aligned with Eimskip’s current operations in Norway. Ingvald Løyning, CEO of DSD, said, “DSD started the process of finding a strategic solution for Nor Lines early this year. We believe that further consolidation is needed in the logistics industry…

Statoil's office in Stavanger is subject to an inspection visit by the EFTA Surveillance Authority (ESA), assisted by the Norwegian Competition Authority (Konkurransetilsynet). The inspection is carried out on request of the European Commission. Statoil is cooperating with the authorities in their inspection. The authorities suspect participation by several companies, including Statoil, in anticompetitive agreements and/or concerted practices contrary to Article 53 of the EEA Agreement. 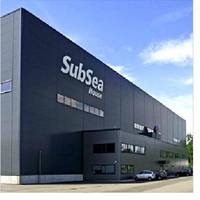 Aker Solutions has acquired the Norwegian companies Subsea House and SSH Engineering and plans to further expand and recruit 50-100 people in Stokke, located in the Vestfold county of Norway. The transaction value is undisclosed. Subsea House and SSH Engineering, currently owned by Subsea Holding, employs 40 people in total. The companies were established in 2007 and have a solid background within development, assembly, testing and refurbishment of subsea tools and products. The companies developed a state-of-the-art subsea facility in Stokke…

The European Commission issued a Press Release reporting that it had concluded that the impact on the shipbuilding sector of the proposed acquisition Kvaerner by Aker Maritime was acceptable. The EC has referred the oil and gas aspects of the deal to the Norwegian Competition Authority for examination. Source: HK Law

Teekay Shipping Corporation (Teekay) and A/S Dampskibsselskabet TORM (TORM) announced that the waiting period for response from the Norwegian Competition Authority for approval under the Norwegian Competition Act of March 2004 (No. 12), and the Regulation on Notification of Concentrations of April 2004, has expired with respect to the previously announced tender offer by Teekay and TORM for OMI Corporation (NYSE: OMM). The tender offer remains subject to certain conditions, including, among others, satisfaction of the minimum tender condition. The tender offer is currently set to expire at 5:00 p.m. New York City time on Friday, May 25, 2007.

The Norwegian Competition Authority has cleared the merger of Aker Maritime and Kværner's oil and gas activities. The authority has approved the merger without reservations, on the basis that the merged company will not have the opportunity of exercising market power through deliveries of new buildings and maintenance services to oil companies operating on the Norwegian continental shelf. The Competition Authority concludes that following the merger there will still be sufficient competition from foreign players, and the oil companies which are active in Norway have significant purchasing power. Except for clearance in the US, which in this case is expected to pose no problems, this is the final approval required from the authorities.