GoodBulk, incorporated in Bermuda and headquartered in Monaco, announced that it has launched its initial public offering of 8,500,000 common shares at an anticipated initial offering price between $15.50 to $17.50 per common share. In connection with the Offering, the Company intends to grant the underwriters the option to purchase up to 1,275,000 additional common shares. The Company intends to use the net proceeds of the Offering, together with cash on hand and additional borrowings under the Company’s credit facilities…

GoodBulk, an owner and operator of dry bulk vessels, announced that it has filed a registration statement on Form F-1 with the United States Securities and Exchange Commission (SEC) relating to a proposed initial public offering (IPO) of its common shares.Morgan Stanley and Credit Suisse are acting as lead book-runners, Clarksons Platou Securities, Evercore ISI, Pareto Securities and UBS Investment Bank are also acting as book-runners, and ABN AMRO is acting as co-manager for… 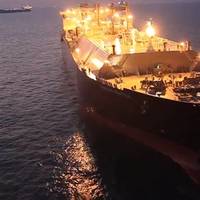 US based LNG carrier GasLog Partners is expecting to raise up to USD 97 million by selling shares to finance future fleet expansion. The New York-listed spinoff of LNG shipper GasLog  has announced that it has priced its public offering of 4 million units of its 8.200% Series B Cumulative Redeemable Perpetual Fixed to Floating Rate Preference Units, liquidation preference US$25.00 per unit at a price to the public of US$25.00 per unit. The underwriters have a 30-day option to purchase up to 600,000 additional Series B Preference Units from the Partnership.

DryShips Inc. through its majority owned subsidiary, Ocean Rig UDW Inc. of offshore deepwater drilling services, today announced that Ocean Rig’s wholly-owned subsidiary, Ocean Rig Partners LP  filed a Registration Statement on Form F-1 with the Securities and Exchange Commission (the “SEC”) for the initial public offering of its common units representing limited partner interests. A registration statement relating to the MLP’s common units has been filed with the SEC but has not yet been declared effective. The common units may not be sold nor may offers to buy them be accepted prior to the time the registration statement is declared effective.

Norwegian to Buy Prestige Cruises in $3b Deal 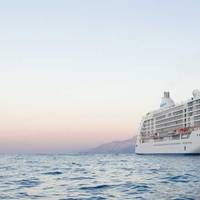 Principal Maritime Tankers Files for IPO of up to $100m

Principal Maritime Tankers Corp, which is backed by Apollo Global Management LLC, filed with U.S. regulators to raise up to $100 million in an initial public offering of common stock. UBS Investment Bank was underwriting the IPO, the company told the U.S Securities and Exchange Commission in a preliminary prospectus on Wednesday. Principal Maritime owns tankers used to transport crude oil and petroleum products. The company had 12 modern Suezmax tankers as of March 31, according to the filing. The filing did not reveal how many shares the company planned to sell or their expected price. Net proceeds from the offering would be used to reduce outstanding debt under its credit facility, the Southport, Connecticut-based company said in the filing.

Tsakos Energy Navigation Limited (TEN), a product, crude and LNG tanker operator, has  announced the closing of its $50 million offering of 8 7/8% Series C Cumulative Redeemable Perpetual Preferred Shares in a public offering under its effective shelf registration statement at $25.00 per share. The company has also granted the underwriters a 30-day option to purchase up to $7.5 million of additional Series C Preferred Shares. TEN intends to use the net proceeds from the offering for general corporate purposes, which may include making vessel acquisitions or investments. TEN intends to list the Series C Preferred Shares on the New York Stock Exchange. UBS Investment Bank and Morgan Stanley acted as joint bookrunners for the offering. Jefferies acted as lead manager for the offering. 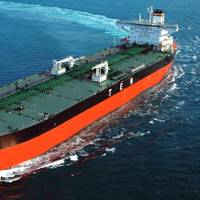 Tsakos Energy Navigation Limited (TEN) a product, crude and LNG tanker operator, today announced the pricing of its $50 million offering of 8.875% Series C Cumulative Redeemable Perpetual Preferred Shares in a public offering under its effective shelf registration statement at $25 per share. The company has also granted the underwriters a 30-day option to purchase up to $7.5 million of additional Series C Preferred Shares. TEN intends to use the net proceeds from the offering for general corporate purposes, which may include making vessel acquisitions or investments.

Company announces offering of $650 million senior secured term loan. Commercial Barge Line Company  announced results for the quarter and year ended December 31, 2012. For the year, the Company reported total revenues of $811.6 million and Adjusted EBITDAR of $232.1 million. Compared to 2011 results, revenues declined $41.4 million, or 4.9%, while Adjusted EBITDAR improved by $57.8 million, or 33.2%. For the quarter, total revenues were $207.9 million compared to $244.5 million in 2011 and Adjusted EBITDAR was $62.8 million compared to $60.3 million in 2011. Commenting on the results, Mark Knoy, President and Chief Executive Officer…

Teekay Offshore Partners L.P. (NYSE: TOO) announced that it plans to offer 5,600,000 common units, representing limited partner interests, in a public offering. Teekay Offshore expects to grant the underwriters a 30-day option to purchase an additional 840,000 common units to cover over-allotments, if any. The Partnership expects to use the net proceeds from the public offering for general partnership purposes, including funding the acquisitions of vessels that Teekay Corporation has offered or may offer to it. Pending the application of funds for these purposes, the partnership expects to repay a portion of its outstanding debt under its revolving credit facilities. Teekay Offshore Partners L.P.

Crude Carriers Corp. announced that it has priced its initial public offering of 13,500,000 common shares at $19 per share. The underwriters have an option to purchase up to an additional 2,025,000 common shares to cover overallotments. Crude Carriers Corp. will use substantially all the proceeds from the offering, together with a $40m capital contribution from Crude Carriers Investments Corp., to acquire one 2006-built high specification Suezmax vessel from Capital Maritime & Trading Corp. at a price of $71.3m and two newbuilt very large crude carrier (VLCC) tankers for $96.5m each upon their delivery from the yard. The company’s common shares will trade on The New York Stock Exchange under the symbol CRU.

Fincantieri - Cantieri Navali Italiani S.p.A., a leader in the commercial and naval shipbuilding industry, signed a definitive acquisition agreement to acquire the Manitowoc Marine Group (MMG), from its parent company, The Manitowoc Company, Inc. [NYSE: MTW]. Lockheed Martin Corporation [NYSE: LMT] has agreed to be a minority investor with Fincantieri in the proposed acquisition. The transaction, that is valued at approx. $120m (subject to certain closing adjustments), is an all-cash deal that is anticipated to close at the end of 2008. The Boards of Directors of Fincantieri and have approved the terms of the agreement. The transaction is subject to customary closing conditions, including clearance from the antitrust authorities.

Overseas Shipholding Group, Inc. and Double Hull Tankers, Inc. jointly announced today the sale of five million shares of common stock of Double Hull Tankers pursuant to an underwriting agreement with Merrill Lynch & Co. and UBS Investment Bank. OSG has granted the underwriters a 30-day over-allotment option to purchase up to an additional 750,000 shares of DHT common stock at the agreed price. The shares of common stock will be offered by the underwriters from time to time to purchasers directly or through agents, or through brokers in brokerage transactions on the New York Stock Exchange, or to dealers in negotiated transactions or in a combination of such methods of sale…

Hercules Offshore to Acquire TODCO for $2.3 B

Double Hull Tankers, Inc., a wholly owned subsidiary of Overseas Shipholding Group, Inc. announced that it has filed a registration statement with the Securities and Exchange Commission for a proposed initial public offering of its common stock. Double Hull Tankers, Inc. is a newly formed Marshall Islands corporation which intends to acquire a fleet of seven oil tankers, consisting of three VLCCs and four Aframaxes, from subsidiaries of OSG and to time charter them back to other subsidiaries of OSG. UBS Investment Bank and Merrill Lynch & Co. are serving as joint book-running managers of the offering.

Inc. (NYSE:OSG), filed a registration statement with the Securities and Exchange Commission for a proposedinitial public offering of its common stock. Double Hull Tankers, Inc. and to time charter them back to other subsidiaries of OSG. UBS Investment Bank and Merrill Lynch & Co. are serving as joint book-running managers of the offering. A copy of the prospectus relating to these securities may be obtained, when available, from: UBS Securities LLC, Attn: Prospectus Department, 299 Park Avenue, 25th Floor, New York, NY 10171 or Merrill Lynch & Co., 4 World Financial Center, New York, NY 10080.

Nordic American Tanker Shipping Ltd. has agreed to acquire a double hull Suezmax vessel of 157,332 dwt built in Korea in 1998, for a price of $69 million. The vessel is expected to be delivered from the seller to the Company in early April 2006. This acquisition will increase the NAT fleet to 9 vessels with an aggregate capacity of 1,383,491 dwt. The vessel is expected to be employed in the spot market, thus increasing the number of the Company's ships in the spot market from seven to eight Suezmax tankers. The Company's remaining Suezmax is employed on a long term contract. In conjunction with this acquisition, the Company also announced today that it is commencing a public offering of 3,750,000 common shares pursuant to the Company's effective shelf registration statement.

Overseas Shipholding Group Inc. has a definitive agreement to acquire Maritrans Inc., for $455 million. Terms call for New York-based Overseas Shipholding to acquire Maritrans in an all-cash transaction for $37.50 a share, a 47 percent premium over Maritrans' closing price of $25.50 on Sept. 22. OSG also will assume Maritrans' debt outstanding as of June 30, according to a release from the companies. OSG will finance the deal through a combination of available cash and borrowings under existing credit facilities, the release said. Maritrans ships crude oil and petroleum products, and owns and operates one of the largest fleets of double-hull vessels serving the East coast and U.S. Gulf coast. OSG is one of the largest publicly traded tanker companies in the world.